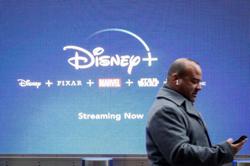 James Earl Jones, seen here in a 2016 file photo at the Tony Awards in New York, has signed over the rights to recreate his voice digitally for Darth Vader. – Photos: AP (left), Disney+ Hotstar (right)

For the past 45 years since Star Wars was released, the deep baritone voice of James Earl Jones has been synonymous with the menacing voice of Darth Vader, arguably one of the most iconic screen villain of all times. And though Jones was still credited for the villain's voice in the Disney+ Hotstar series Obi-Wan Kenobi, it seems that it wasn't really Jones himself who was speaking those lines.

In a recent article on Vanity Fair, it was revealed that the 91-year-old has in fact stepped back from actively voicing the role of Darth Vader, and given his consent for Lucasfilm to digitally recreate his voice for the character via archival recordings, with the help of a proprietary A.I. algorithm created by a Ukrainian start-up company called Respeecher.

Jones, who has also voiced other iconic characters on-screen, such as The Lion King's Mufasa, last recorded lines for Vader for 2019’s The Rise Of Skywalker, and had expressed his desire to step back from the character to Lucasfilm’s veteran supervising sound editor Matthew Wood.

Wood later presented Respeecher's work to Jones, and according to the Vanity Fair report: "the actor signed off on using his archival voice recordings to keep Vader alive and vital even by artificial means.”

What this essentially means is that although Vader will still unmistakably sound like Jones, the actor himself will not be speaking those lines personally any longer.

Besides their work on Vader on Obi-Wan Kenobi, Respeecher had also previously worked with Lucasfilm to recreate Mark Hamill's voice into that of a younger Luke Skywalker for The Book Of Boba Fett. 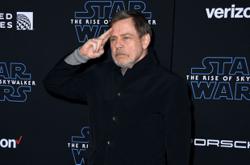