What sort of Star Wars show is 'Andor'? The answer is: a very good one, and arguably the most grown-up Star Wars show ever made. – Photo: Disney+ Hotstar

No lightsabers, no X-Wing fighters, no Jedi, no Sith, and not even a Baby Yoda? What sort of Star Wars show is Andor?

The answer is: a very good one, and arguably the most grown-up Star Wars show ever made.

This is a show that takes the Star Wars space fantasy and grinds it down to ground level, giving us a glimpse how those broken, beaten, and damned by the Empire rose up to become the Rebellion.

In 2016, we got arguably the best Star Wars movie since the original trilogy – Rogue One: A Star Wars Story. As the title suggests, this Disney+ Hotstar series revolves around that movie's Cassian Andor (played once more by Diego Luna), and tells the story of the birth of the Rebellion through his eyes and life.

Is Cassian is a big enough character to be headlining his own show, let alone one that is set to stretch two seasons long with 12-episodes each? Well, yes and no. He straddles the fine line between being recognisable enough to appeal to Star Wars fans, and also unknown enough that the producers can do something completely different with the show and not be subjected to the same sort of toxic abuse that previous ‘Legacy’ characters like Han Solo or Luke Skywalker have endured in recent years.

Besides, if you’re looking for familiarity, Andor is the wrong Star Wars show for that.

This is not the hotshot pilot you were looking for.

In Rogue One, we were introduced to a Rebel Alliance that was already established enough to pose a threat to the Galactic Empire.

But what we did not see was how that the Rebel Alliance got to that point, and what its members had to go through to get there. Sure, we’d already had glimpses of the Rebels’ pre-Rogue One activities via the Star Wars: Rebels animated series, but so many questions were still left unanswered.

Like, how did Mon Mothma (played once more by Genevieve O'Reilly) go from senator to leader of the Rebels? What were all those ‘terrible things’ Cassian had to do to get to the endgame of Rogue One? And where does Forest Whitaker's Saw Gerrera fit in all of this?

Andor is here to answer all those questions, and more.

Genevieve O'Reilly reprises her role as Mon Mothma in 'Andor'.

Based on the first four episodes we got to preview ahead of its premiere today, this is quite unlike any Star Wars show that preceded it. There are no fan-service moments a la Mandolorian and no cameos. It’s a lot more talky than a lot of Star Wars content out there, and the tone is grim, harsh, and dirty.

It’s as if series creator and showrunner Tony Gilroy (an Oscar nominated director and screenwriter of Michael Clayton and also screenwriter for the original Bourne trilogy) set out to make a Star Wars show that was the complete opposite of what fans expect Star Wars to be.

And you know what? It works. It takes a while to get going in the first three episodes as we are reacquainted with Cassian, but by the fourth, we can see the wheels of the Rebellion already starting to turn, and you'll feel genuine excitement over what could yet come to be. Luna (right) and Stellan Skarsgård give compelling performances in the series.

It's a story that feels like there are genuine stakes to it. It has politics (whether it's the Imperial officers jostling for power or among the politicians on Coruscant) and intrigue (though we haven’t got to the alleged ‘spy thriller’ part yet), betrayal, death, violence, and even sex (not explicit sex like Game Of Thrones, of course, but it is actually visually implied that two people had sex, which as if I recall correctly, has never happened in a Star Wars show before).

And this is before you remember that it all happens in the five years BEFORE Rogue One, in which the Empire had finally completed building the Death Star.

It also has a cast of characters that genuinely feel authentic and essential to the story, and not just included just so Hasbro could make action figures out of them, played compellingly by the likes of Luna, O'Reilly and Stellan Skarsgård. Look at all this space junk. Where's Wall-E when you need him?

All of these elements combine to make Andor the Star Wars story we deserved after Rogue One and The Last Jedi, not that disappointing fan-servicing RIse Of Skywalker. It’s a show that takes Star Wars in a different direction, one that has a lot more in common with ‘serious’ sci-fi’ like Dune and Blade Runner than the rest of the Star Wars slate.

If you prefer your Star Wars to be more ‘Star Wars-y’, with more action, cameos, blasters and lightsabers, then by all means, go watch The Mandalorian, Obi-Wan Kenobi, or any of the other Star Wars shows that are already out there. Heck, better yet, go watch the animated series like Clone Wars, Rebels or The Bad Batch, as those shows have arguably contributed more to Star Wars canon than the entire sequel trilogy combined.

But don’t dismiss Andor just because it tells a different kind of Star Wars story. The story of this Rebellion deserves to be televised, and long may the Force be with it.

The first three episodes of Andor is now streaming on Disney+ Hotstar, with new episodes weekly.

The grown-up Star Wars TV show we all deserve. 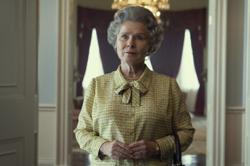