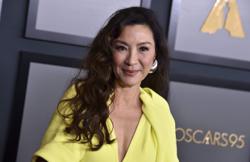 While Harrison Ford reunited with his Indiana Jones co-star Ke Huy Quan at the D23 Expo in California over the weekend, another celluloid reunion also happened, but this one in Toronto, Canada.

Yeoh and Fraser starred in the Mummy franchise, The Mummy: Tomb Of The Dragon Emperor in 2008.

According to TIFF, the award recognises "a woman who is a leader in the film industry and has made a positive impact for women throughout their career".

"Each time they play a tribute reel of my work, I am reminded of how long I have been doing this. The nicks, the bumps, the scrapes along the way, the bad knees, the back, the shoulder to name a few, but despite all the challenges, I cherish every moment and I do hope to do it for many years to come,” Yeoh said as she received her award from her Everything Everywhere All At Once co-star Stephanie Hsu.

At the same event, Fraser, 53, was presented the TIFF Tribute Award for Performance.

Fraser is making a comeback after staying relatively quiet in the past few years.

He stars in the new movie, The Whale, where he plays an obese man, who weighs 272kg and is confined to a wheelchair.

Fraser's stellar performance in the Darren Aronofsky drama earned him a six-minute standing ovation at the recent Venice Film Festival. 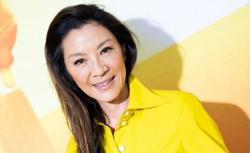