PnB Rock, whose real name is Rakim Hasheem Allen, is an American rapper and singer from Philadelphia. Photo: TNS

Rapper PnB Rock died Monday (Sept 12) after being shot while dining with his girlfriend at a restaurant in Los Angeles, California, the United States. The Philadelphia-born musician was 30.

The motive was robbery, the Los Angeles Times reported.

The suspect pulled out a firearm and demanded that Rock hand over some items, Los Angeles police Capt. Kelly Muniz told the Los Angeles Times.

Shortly before the robbery, Rock’s girlfriend had posted their whereabouts on Instagram, in a post that has since been deleted.

“He shot the victim and ran out the side door to a getaway car and then fled the parking lot,” Muniz said.

The robbery took place at around 1.30pm at Roscoe’s Chicken and Waffles restaurant, police told the Times.

A graphic video posted on Twitter showed a man prone on the floor amid tables, in a puddle of blood, as panicked restaurant workers clustered around to help. In the video, Rock could be seen moving, but barely.

Rock was rushed to the hospital but pronounced dead at 1.59pm, Muniz told the Times. Police are scouring security surveillance video from the restaurant and surrounding businesses in hopes of identifying the perpetrator.

PnB Rock, whose real name is Rakim Hasheem Allen, is an American rapper and singer from Philadelphia, Pennsylvania. He was best known for his 2015 single Fleek. – New York Daily News/Tribune News Service 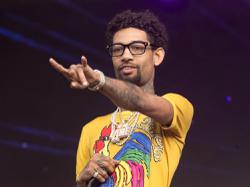 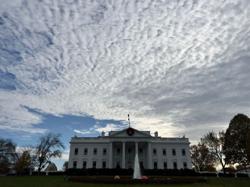