Omar Sy is the first black actor to win best actor at the Cesar Awards, France's version of the Oscars, for French comedy-drama 'The Intouchables'. Photo: Handout

French actor Omar Sy is set to take on the role made famous by Hong Kong star Chow Yun-fat in a remake of The Killer.

The reboot will be helmed by its original writer-director, John Woo, who is making a comeback to directing in United States after 20 years.

The 1989 hit crime drama, which has since become a classic, stars Chow as a disillusioned assassin who takes on one last hit, hoping to use the money to help the singer (played by Sally Yeh) he had accidentally blinded. Plot details of the remake have not been released.

Sy is best known as the star of hit Netflix crime caper Lupin (2021 to present), one of the streaming platform's most watched non-English series. A new season is in the pipeline.

He is also the first black actor to win best actor at the Cesar Awards, France's version of the Oscars, for French comedy-drama The Intouchables (2011), which first brought him international recognition.

His last Hollywood movie was sci-fi movie Payback (2003), starring Ben Affleck and Uma Thurman, after which he shifted his focus to making films in China.

The Killer reboot, due out in 2023 on American streaming platform Peacock, will mark Woo's return to Hollywood. - The Straits Times/Asia News Network 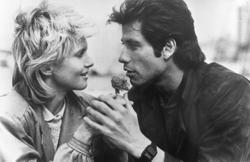 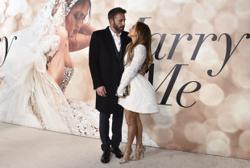