A local restaurant group has teamed up with a blockchain investor to create a marketplace for Michelin-starred tables and cut out the queue.

ALSO READ: Can NFTs save the restaurant industry or is the hype just virtual?

Jia Group, the owner of AndÕ, Louise, Mono and Duddell’s, which have all received one Michelin star this year, has partnered with Jehan Chu, the founder of blockchain-focused venture capital firm Kenetic, in an NFT project called Gourmeta.

Gourmeta’s co-founders, Yenn Wong, chairwoman of Hong Kong-listed Jia Group, and her husband, art collector Alan Lo, did a soft launch in May by auctioning off several tables – some with direct access to the head chefs. The highest bid was US$1,218 (RM5,428) for an NFT entitling the winner to a reserved table for six.

“The restaurant business is capital-intensive, with thin margin and high costs. People get involved in it primarily as they are doing what they are really passionate about,” said Lo. “But with Web 3, we can now tap into the creator economy and generate additional value for the restaurateurs and chefs.”

A new iteration of the Internet based on decentralisation, blockchain and token-based economics, Web 3 promises to release the value of digital data back to the owner.

Gourmeta is not trying to replace the traditional online booking system, which still has value, said Lo.

But by allocating a certain portion of tables via NFTs, it can create “trading liquidity” for hard-to-get restaurant reservations and make gastronomy more accessible. It alters the hidden rule of “unless you know someone, you can’t cut the queue”, Lo said.

Through a blockchain-based smart contract, NFT holders who want to forfeit their bookings can sell them in a secondary marketplace, enabling the restaurant owners and chefs to also get a cut of the selling fee automatically as the token is sold to each subsequent buyer.

Gourmeta aims to initially build a network of 50 restaurants globally at Michelin-star or equivalent quality.

Meanwhile, the city’s movie scene is integrating NFTs with mobile games, broadening the channels for monetising intellectual property in the entertainment sector.

One Cool Group, a film company founded by actor Louis Koo Tin-lok, is working with Gusto Collective, a brand management firm, to mint NFTs for the upcoming sci-fi movie, Warriors Of Future, which Koo produced on a “multimillion” dollar budget. The NFTs comprise a collection of 10,000 unique 3D avatars featuring four types of soldiers from the movie – Koo included – slated for release later this month.

Holders of the NFTs will be able to use the avatars in a mobile game associated with the film, to be launched in mid-August.

“These NFTs are the first series of a long-term Web3 and entertainment intellectual property integration project. They provide utilities to users by merging virtual and physical worlds,” said Ella Wong, chief financial officer at One Cool Group.

As they grow in popularity, the Securities and Futures Commission has reminded investors of the risks of NFTs. It has said that NFTs “which cross the boundary between a collectible and a financial asset” will need to be regulated.

“NFTs that are generally associated with digital arts would not be considered as securities,” said Ian Liu, a partner at law firm Deacons.

“If an NFT is not intended to be a security, it is advisable to state clearly in [its] terms of use the nature of the NFT, and that a fee may be charged for using the NFT, its underlying assets or systems.” – South China Morning Post

Can NFTs save the restaurant industry or is the hype just virtual?

What will the Internet look like in the next 10 years: The metaverse concept 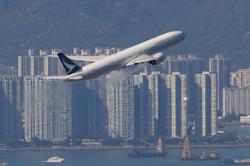