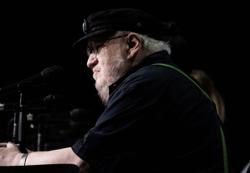 Matt Smith has questioned what he feels is an excessive number of sex scenes in the 'Game Of Thrones' prequel. Photo: Handout

British actor Matt Smith, who stars in the Game Of Thrones prequel House Of The Dragon, has questioned what he feels is an excessive number of sex scenes in the upcoming series.

The highly anticipated spin-off from the hit HBO show, which ran from 2011 to 2019, stars Smith as the dragon-riding Prince Daemon Targaryen.

The bloodthirsty original series is also known for its sexually explicit content, which some have called gratuitous.

Smith addressed the issue in an interview with Rolling Stone UK, saying: "You do find yourself asking, 'Do we need another sex scene?' And they're like, 'Yeah, we do'."

The actor, who appeared as Prince Philip in the first two seasons of The Crown in 2016 and 2017 and played the 11th incarnation of the Time Lord in Doctor Who, added: "I guess you have to ask yourself: 'What are you doing? Are you representing the books or are you diluting the books to represent the time?'

"And I actually think it's your job to represent the books truthfully and honestly, as they were written."

The big-budget spin-off is based on author George R. R. Martin's book Fire & Blood - which has graphic sex scenes - and is set 200 years before the events of Game Of Thrones.

When asked if he had to film sex scenes as well, Smith joked and said: "Yeah - slightly too much, if you ask me." 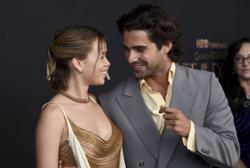