Aaron Nicholas (left), 14, narrates the story to his friend Ridzuan Abdullah, 13, at the screening of 'Mat Kilau'. Photo: Bernama

Being visually impaired is not a hindrance for 108 students from Sekolah Menengah Kebangsaan Pendidikan Khas Setapak to enjoy ‘watching’ the movie Mat Kilau: Kebangkitan Pahlawan.

One of the students, Nik Muhammad Ahmad Fuji, 17, said he was thrilled to go to the cinema for the first time to watch the blockbuster movie, thanks to the efforts of Yayasan Maghfirah.

"I’m very excited because this is my first time watching a film (at the cinema). Just, wow!” he told reporters at the Wangsa Walk Mall.

The student from the B1 category visual impairment (totally blind) said his friend from the B2 category (severe low vision) helped narrate the story so that he could use his imagination to understand the film better.

Meanwhile, Shauki Ahmad Ariffin, 14, said he truly loved the film, which was inspired by a Malaysian historical figure, as it was laden with patriotic messages.

The school principal, Zaidah Mahadi, also expressed her gratitude for the opportunity to bring visually impaired students to watch the film.

Yayasan Maghfirah chief operating officer Shuib Norudin said the initiative was aimed at instilling patriotic spirit among the students in line with the National Month celebration.

"We want them to emulate Mat Kilau’s fighting spirit to carry on with their daily lives,” he said. – Bernama 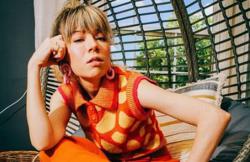