Hong Kong superstar Aaron Kwok will be reunited with actor Francis Ng on the big screen for the first time in more than two decades.

The two Golden Horse winners will appear in the new crime mystery movie Insider, with the pre-shoot ceremony held on Monday (June 6).

Kwok, 56, and Ng, 60, play a lawyer and policeman respectively in the new film, which will also star Simon Yam and Alex Fong.

Kwok told the Hong Kong media he was happy to be acting with Ng again, adding that he has also watched Ng's movie Drifting (2021), which earned Ng a Best Actor nomination at the Golden Horse Awards.

Kwok is also reuniting with Insider director Alan Mak, who is famous for co-directing the Infernal Affairs trilogy (2002, 2003) and Overheard trilogy (2009 to 2014).

"The last time I worked with director Alan Mak was in the 1996 movie Somebody Up There Likes Me," Kwok said, referring to Mak's minor role as a traffic policeman in that film. "I am very happy to be with old and new friends in the new movie."

Kwok's pairing with Ng in Insider almost did not take place, as actor Raymond Lam was originally scheduled to play Ng's role.

Lam, 42, had to turn down the role eventually due to scheduling conflicts. It was then offered to singer-actor William Chan.

Chan, 36, also turned it down, citing his lack of life experience.

Ng said he did not mind being the third choice for the role and denied that he was tempted by the pay.

"It's mainly the cast. I have just worked with Jacky Cheung and Nicholas Tse, and I am working with Aaron now," Ng said, referring to his upcoming movie Customs Frontline with Cheung and Tse.

"The pay is not so important to me." – The Straits Times/Asia News Network 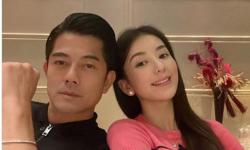 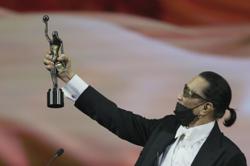