Amar and Nina are a couple in every dimension in 'Seribu Nina'. Photos: Handout

New local series Seribu Nina tackles the popular theme of multiverse – with a large dose of romance, some action and a bit of comedy.

According to the three main cast of the show – Syafiq Kyle, Adriana Adnan and Marsha Milan – filming Seribu Nina was also a lot of fun, an element they hope gets across to the audience as well.

Leading man Syafiq stated during a press meet recently: “Although it was a challenging shoot, we had a lot of fun making it. And I learned a lot having participated in this series.”

Director Umi Salwana Omar elaborated: “Filming Seribu Nina was exciting because it felt like we were shooting a different show for every episode.

“That made up for the various challenges we faced, such as adhering to filming SOPs due to the MCO, which resulted in some last-minute venue changes.

“There was also one time when we were shooting at Hulu Langat (in December) but we couldn’t film all day because it was raining continuously.

“So, we decided to pack up and go home. Good thing we did as the next day the area was struck by the devastating flood.” 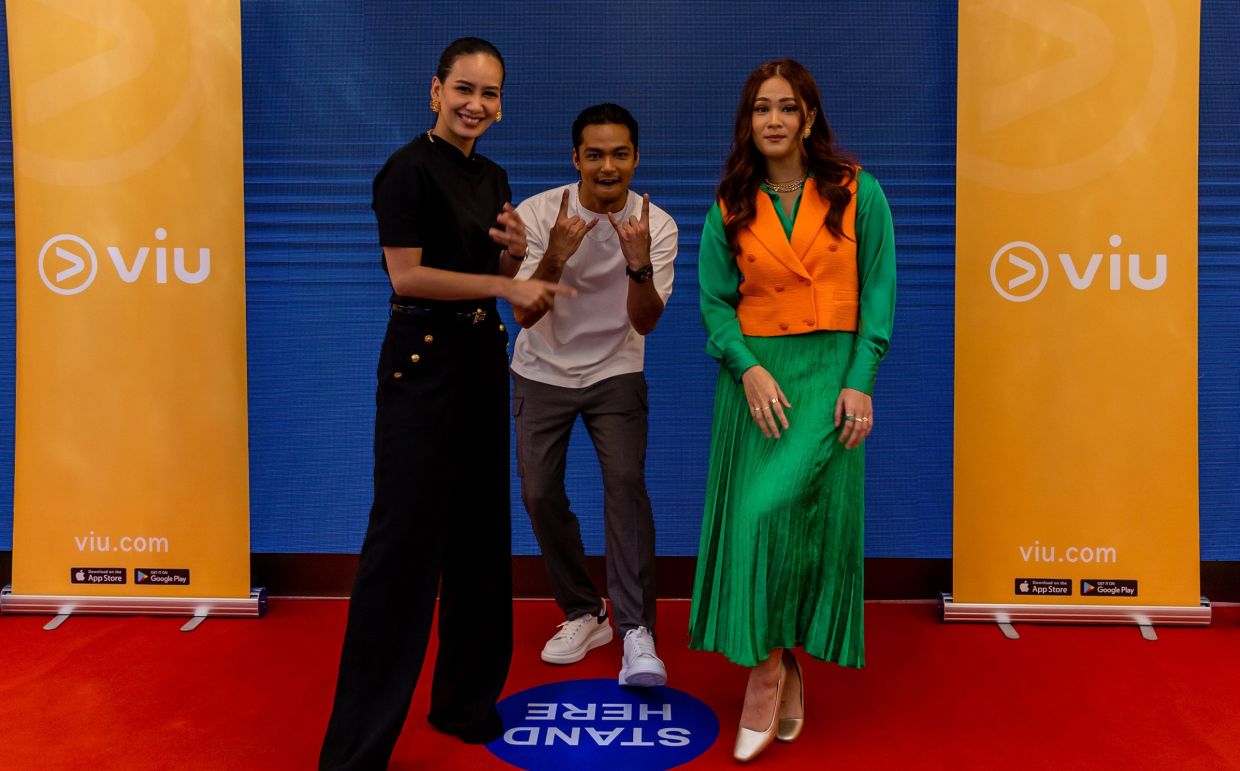 A Viu Original, Seribu Nina is a 10-episode series that centres on the relationship between Amar (Syafiq) and Nina (Adriana), who have been dating for three years.

They are at a point where a wedding should take place, but it’s not materialising because Amar is hesitant to propose to Nina as he feels their personalities are worlds apart.

As revealed in the first episode, there is a reason why Nina behaves a little differently; she is from another universe.

Amar finds this out only when a hunter kidnaps Nina and a multiuniverse cop, Didi (Marsha), who’s in pursuit of Nina, tells Amar of the existence of other universes.

As Amar and Didi enter different dimensions to rescue Nina, they encounter other versions of Nina – as well as alternate Amar and Didi. 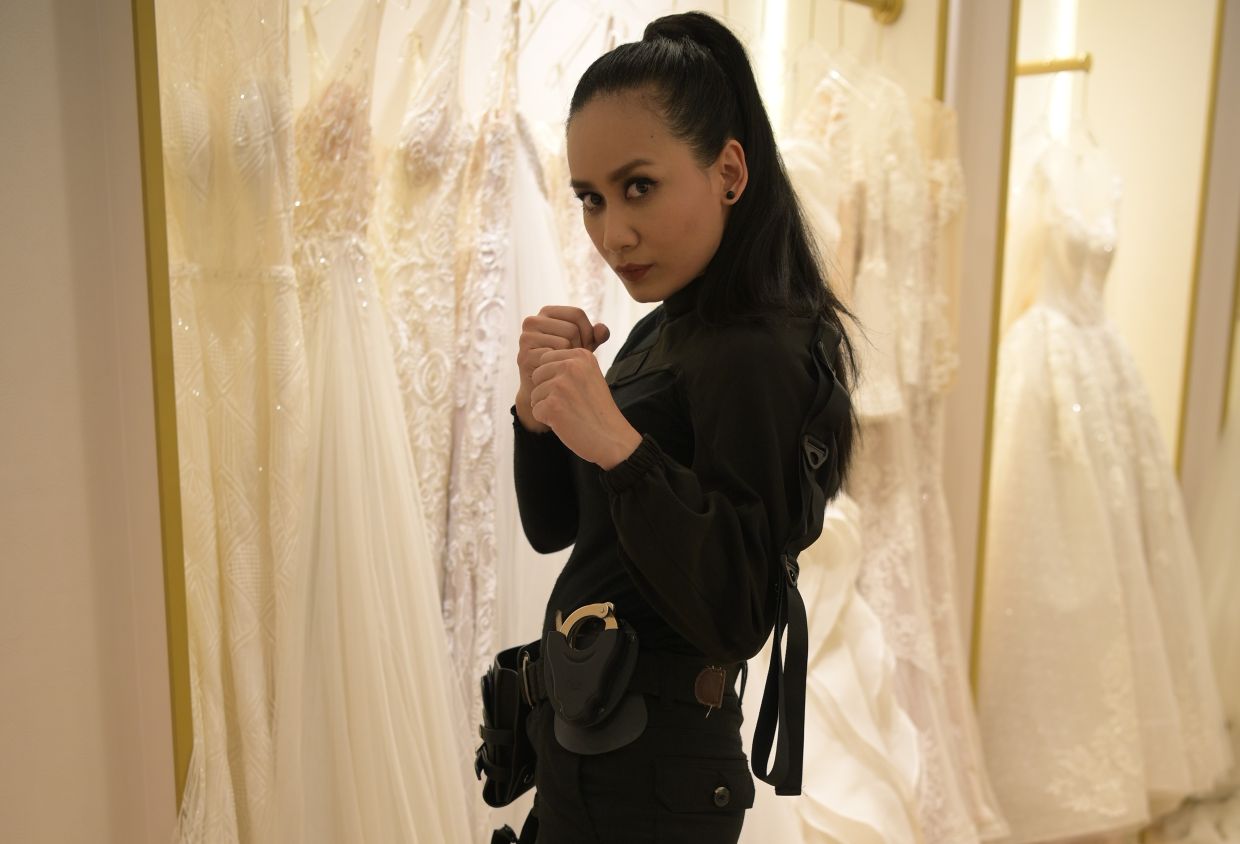 Singer-actress Marsha Milan got to do action sequences in the series, a first for her.

“I have four very different roles in Seribu Nina. My favourite is the one you see in Episode One, the gangster who Amar meets when he steps into the different dimension while going after Nina’s kidnapper,” said Syafiq, who turns 30 in June.

He described acting opposite himself similar to having a monologue.

“It was an interesting process to do those scenes, to say the least. I am happy with the outcome and quite proud of my performance,” he shared, after a preview of the first episode.

While singer-actress Marsha doesn’t have that many alternate selves, she mentioned her own unique experience working on Seribu Nina.

The 36-year-old, who recently won two trophies at Anugerah Juara Lagu, said: “I’ve only played a comedic role (in Keluarga Baha Don). For Seribu Nina, I was asked to do action sequences.

“So, I took classes to execute the action scenes and did other exercises as well to ensure I didn’t slow my younger co-stars down.”

At that point, both Adriana, 27, and Syafiq voiced that they were grateful for Marsha’s presence as she ensured the set was a happy place by keeping everyone’s spirits up with her bubbly personality.

Adriana explained: “She’s like a vitamin pill. I needed someone like her on set to keep me going with her boundless energy.” 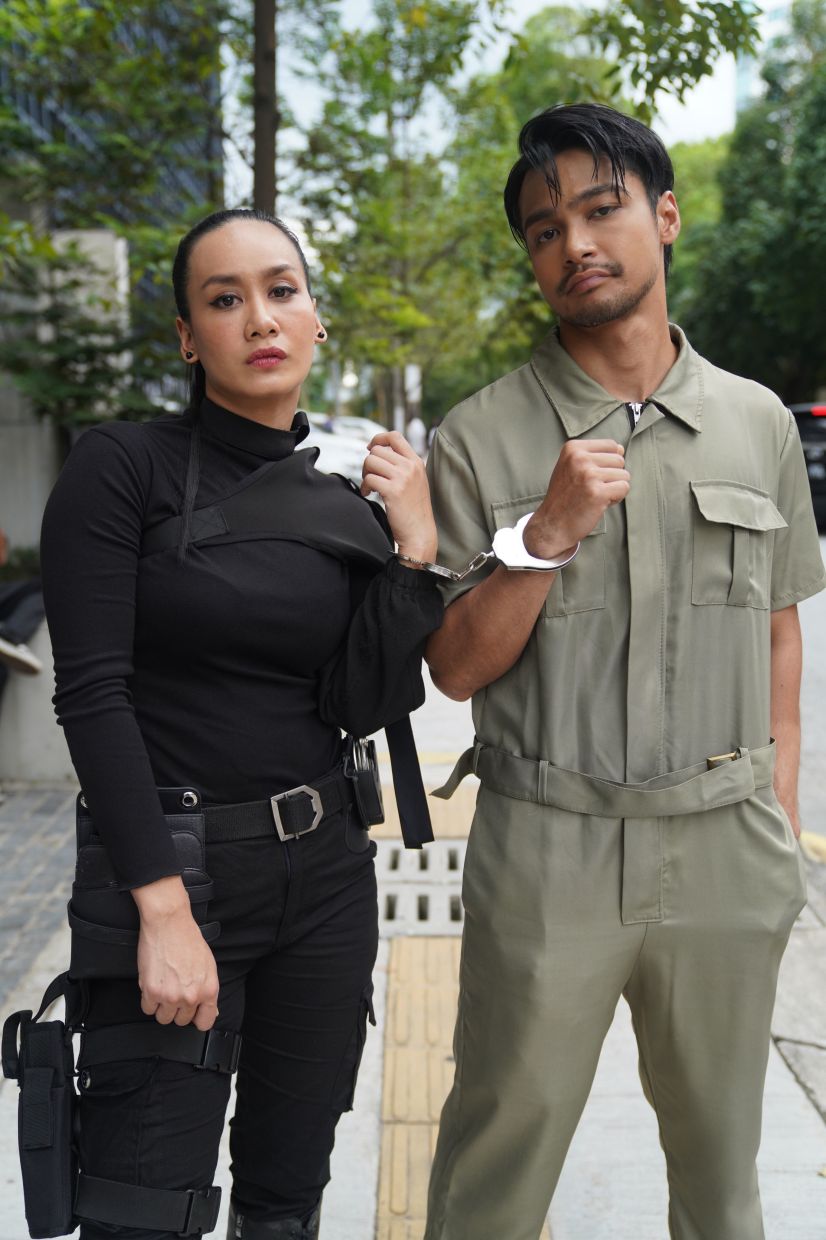 Amar takes desperate measures in his mission to rescue Nina himself, he handcuffs himself to cop Did (Marsha).

This is because Adriana had to shoulder the biggest task in Seribu Nina – she plays the titular Nina – a first for Adriana, who has taken only supporting gigs so far.

Adriana is best known as host of popular Astro variety show HLive!, a job she has been doing for seven years now.

“Usually in a drama, you play just this one role. But here I take on eight characters,” said Adriana of her responsibility in Seribu Nina.

“Sometimes I had to change my makeup (and costume) three times in a single day.

“And on days when we had really long hours, I admit I got confused as to which Nina I was playing.”

Director Umi stated: “Adriana did ask from time to time, ‘Now which Nina am I in this scene?’” 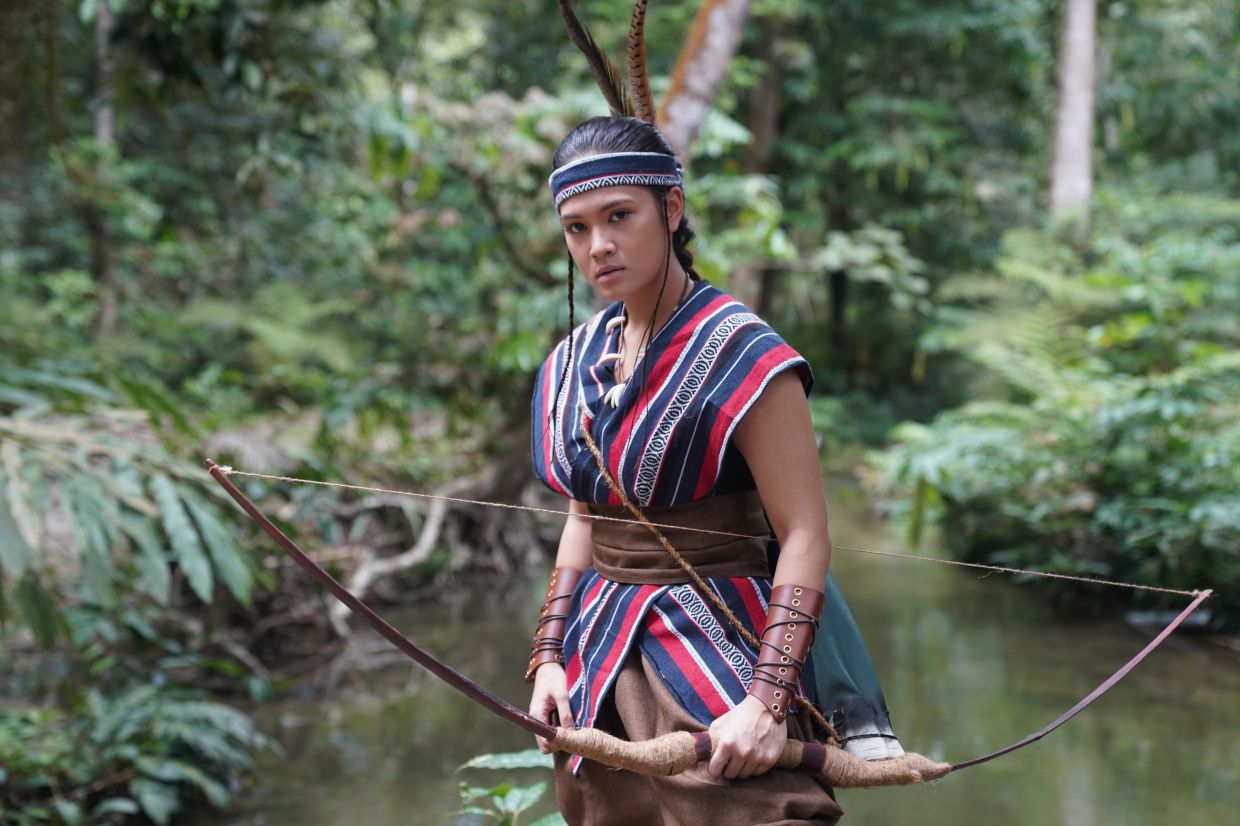 Adriana shared that she had submitted an audition tape for a different role in Seribu Nina.

The Suri Hati Mr Pilot actress mentioned that a producer had asked her if she could do another audition tape, but this time for the role of Nina.

“So, I did another video, sent it in and on the same day, that evening itself, I was informed that I got the job.”

Thankfully, the production provided the cast members with acting classes and coached them on how to distinguish each personality, which Adriana said helped her tremendously.

“The personality, costume and look of each Nina are completely different.

“We had rehearsals beforehand to get ready for each of the different Nina(s). This really helped me to separate the characters.

“It put my mind at ease as I didn’t know if I could pull them off because on set you are tired mentally and physically, so slip up could happen,” Adriana explained.

“Although I was worried, I took on the challenge because the opportunity was too good to pass and the project has such an interesting concept.”

She continued: “Out of the eight Nina(s), my favourite is the Warrior Nina. There is also a Smart Nina.

“Now she was challenging to portray because she speaks only in Bahasa Baku and in really long sentences.

“Hopefully, with this project people can see that I am a capable actress, someone who can do her own stunts, her own dance sequence, work long hours, etc,” said Adriana.

“Yes, it was tiring to balance this project and commit to my HLive! duties, but at the same time, it was like an adrenaline rush.”

Seribu Nina is available on Viu.