It seems strangely appropriate that Doctor Strange And The Multiverse Of Madness was released on May 4, 2022, exactly 20 years and a day after director Sam Raimi’s first Spider-Man movie hit cinemas back in 2002.

Superhero movies have come a long way since that very first Spidey flick, which arguably kickstarted the craze for more super- hero content in the first place, and set the foundations for the launch of the Marvel Cinematic Universe (MCU) six years later with Iron Man.

And in a strange (pun intended) quirk of fate, Raimi’s Peter Parker – played by Tobey Maguire – recently made an appearance alongside his successor Andrew Garfield and the current incumbent Tom Holland in last year’s Spider-Man: No Way Home, marking the first official Multiversal crossover in an MCU film (we’re not counting the Disney+ TV shows, obviously).

So, now that Raimi’s film is technically part of the MCU, albeit through the Multiverse loophole, what does he think about dipping his feet back into the Marvel pool with Multiverse Of Madness (MOM)?

“I’m honoured to have a hand in telling tales of these great characters that Stan Lee and Steve Ditko created. I look at myself as just another one of the storytellers in the long line of them,” the 62-year-old director said during a recent roundtable video conference with Asian Pacific journalists. 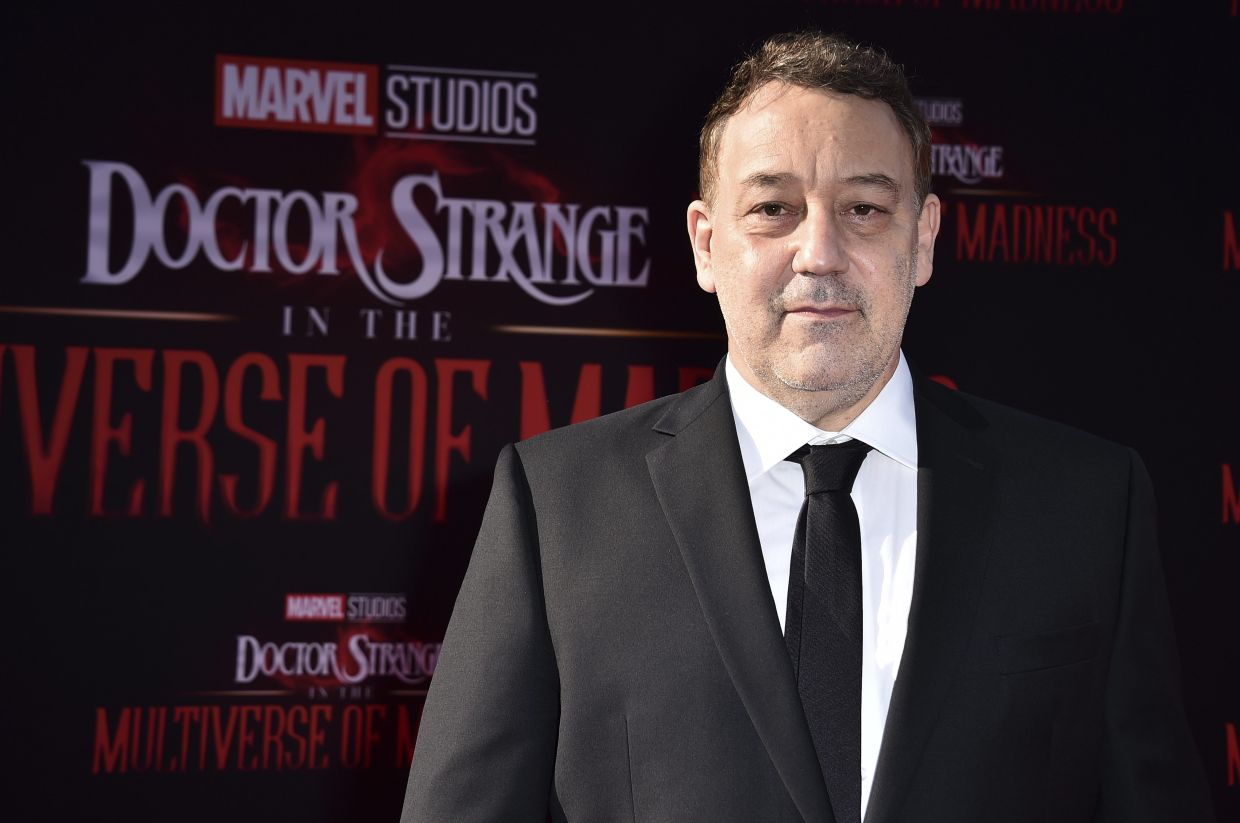 Director Sam Raimi arrives at the Los Angeles premiere of 'Doctor Strange In The Multiverse Of Madness'. on, May 2, 2022 – Photo: AP

“There are so many writers and illustrators in the Marvel bullpen with so many great ideas going back and forth that in their own way, they were making these movies for 30 to 40 years before I ever came along to make my Spider Man movie.

“I’ve tried to jump into this job (MOM) in a similar way – by not looking at it as the future or any groundbreaking event, but literally, the next instalment in a continuing saga of Marvel tales. It is the continuing saga in the character growth of Dr Strange and Scarlet Witch.”

MOM is set after No Way Home, in which Doctor Strange (played by Benedict Cumberbatch) opened the doors to the Multiverse with a botched spell that was supposed to make everyone forget Peter Parker is Spider-Man.

This time around, the Multiverse takes centrestage when he meets new character America Chavez (Xochitl Gomez), a new hero who has the power to open “star portals” into other universes.

This power, however, paints a target on her back as an unknown evil force seeks to control it.

Together with Sorcerer Supreme Wong (Benedict Wong), Strange has to protect America, while figuring out who is after her powers. To do so, he seeks out former Avenger Wanda Maximoff (Elizabeth Olsen) for some mystical help, but winds up with more than what he bargained for.

Benedict Cumberbatch as Dr. Stephen Strange in a scene from 'Doctor Strange In The Multiverse Of Madness'. – Photo: The Walt Disney Company Malaysia

In the hands of another director, the Multiverse would have been an easy excuse to just cherry pick major scenes and events from Marvel’s comic books and throw them into the movie as fan service.

However, Raimi decided to approach MOM differently, and focus solely on the stories of his main characters.

According to Raimi, the continuation of the storylines from the Avengers movies and the Infinity Saga were what he and co-writer Michael Waldron were more concerned about.

“Where did we leave Dr Strange? Where did we leave Wanda? What is the next logical adventure for those characters to grow to? That really was the impetus in working on the screenplay with Michael,” Raimi explained.

ALSO READ: From The Archives: What Sam Raimi told us 20 years ago about making 'Spider-Man'

His experience on the Spider-Man movies also proved essential in preparing for MOM, especially when it came to the “big action sequences”.

“I had learned a little bit about directing those from the Spider-Man films, where there were tremendous amounts of visual effects and animation.

“I learned a lot about the techniques and what to look out for, and I was able to apply those lessons here,” he said.

'Doctor Strange In The Multiverse Of Madness' has its fair share of trippy and even horror elements. – Photo Walt Disney Company Malaysia

But MOM is more than just superhero action – there are also scenes that could be part of the horror genre as well.

The horror element is another of Raimi’s specialties, having made cult favorites such as the Evil Dead series and Drag Me To Hell, and MOM has his signature style all over it.

“The horror movies that I had made as a younger man had taught me a lot about building suspense in sequences, in titillating the audience and delivering scares,” he said.

“I took some of my knowledge of that genre, and applied it to making Multiverse Of Madness, because there’s some spooky and scary stuff in this film.”

ALSO READ: Who is America Chavez, the new hero in 'Dr Strange In The Multiverse Of Madness'?

Elizabeth Olsen as Wanda Maximoff in a scene from 'Doctor Strange In The Multiverse Of Madness'. – Photo: Walt Disney Company Malaysia

Back in the Marvel sandbox

Raimi said that the most exciting part about directing MOM is that he got to explore different aspects of Doctor Strange through the lens of the Multiverse.

“He gets to see different versions of himself, and so I wanted him, in some instances, to be able to explore the dark side of himself,” Raimi explained.

“What would happen if he allowed more base instincts to make decisions for him? What if he had listened to that little devil on his shoulder, and made some worse choices in his life?

“Through the Multiverse, Strange is going to have the opportunity to see what might have happened to him, and I think that’s the interest in telling a multiverse story.” 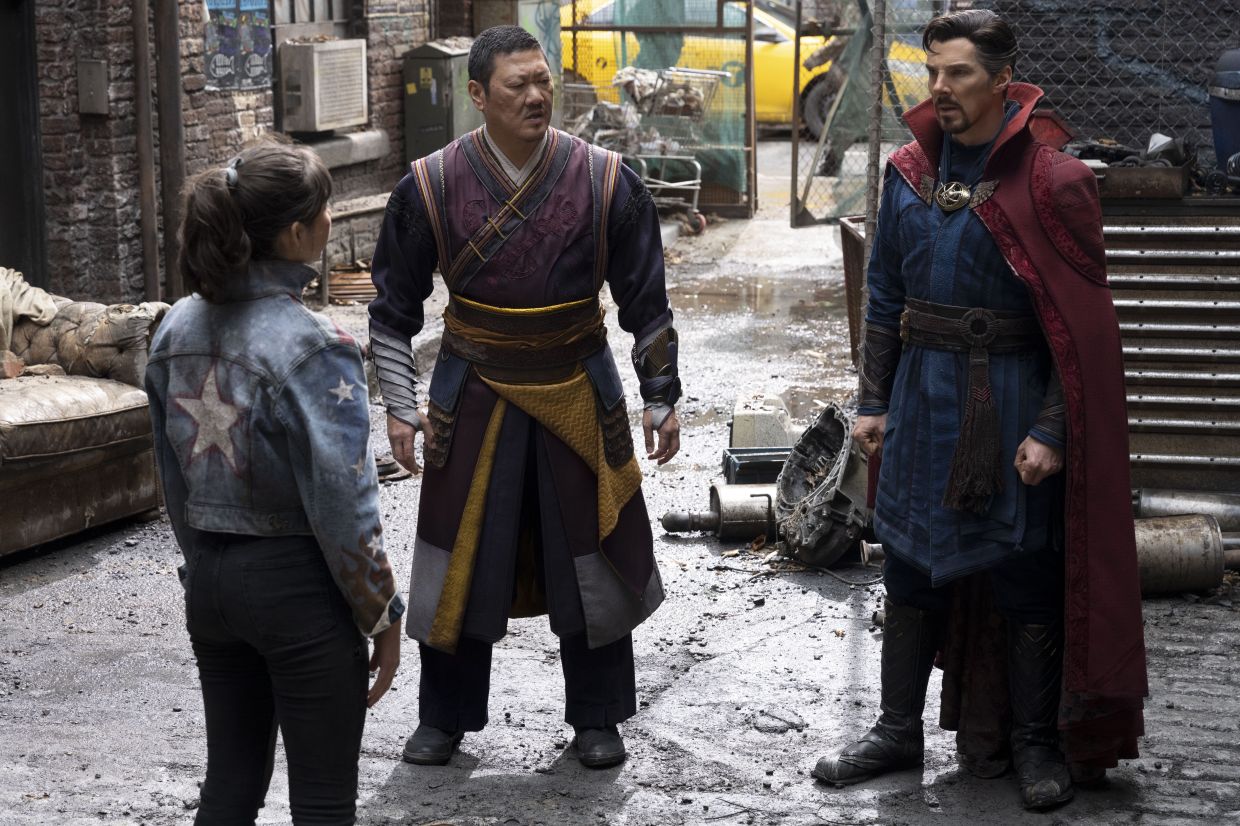 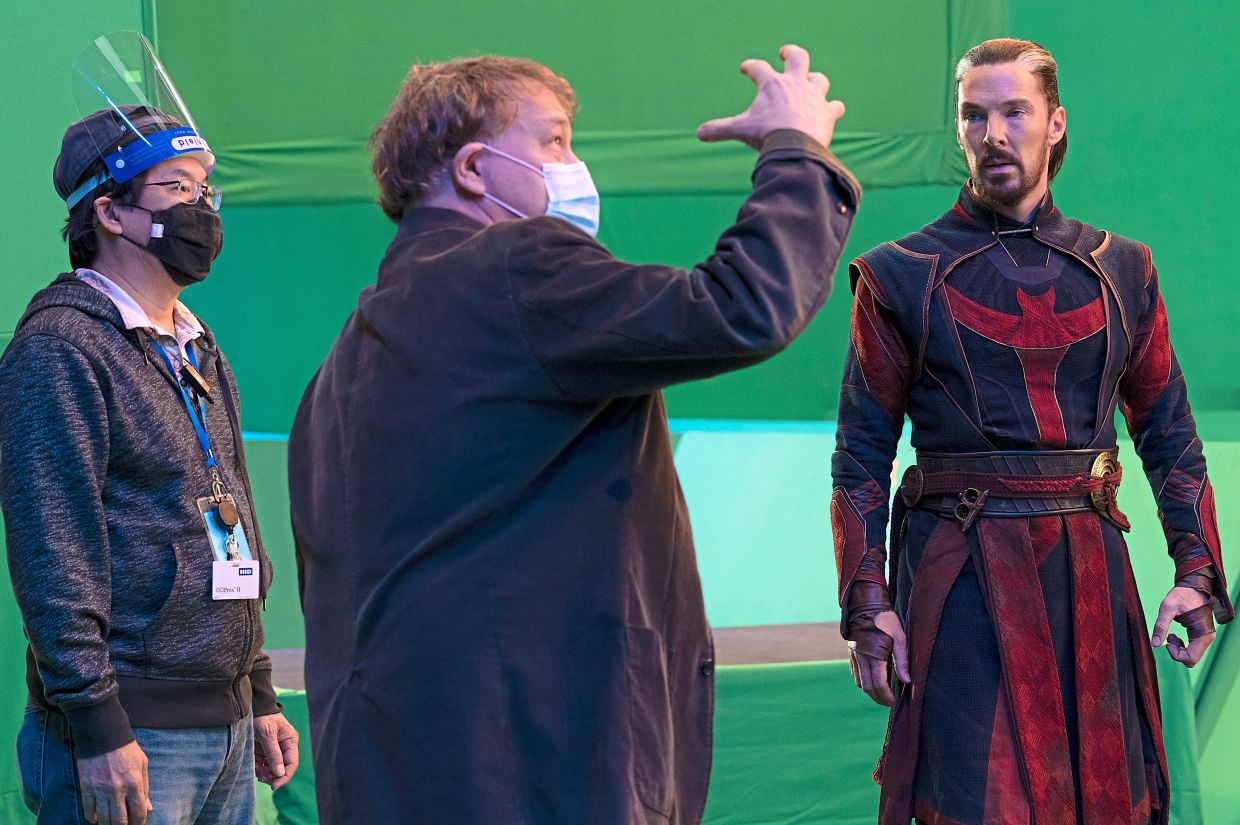 Raimi directing Cumberbatch on the set of Doctor Strange In The Multiverse Of Madness. — Handout

Having different versions of the same character also means having to direct the actors differently as well, which he found really exciting.

“They’re all such good actors, and they came into this job with their characters completely developed.

“Benedict has played Doctor Strange in his own movie, and then in five other Marvel movies, so he knows that character inside and out,” Raimi said, adding that because Cumberbatch knows the character so well, the actor could tweak just one or two aspects of the character and that makes an entirely different Strange in the Multiverse. 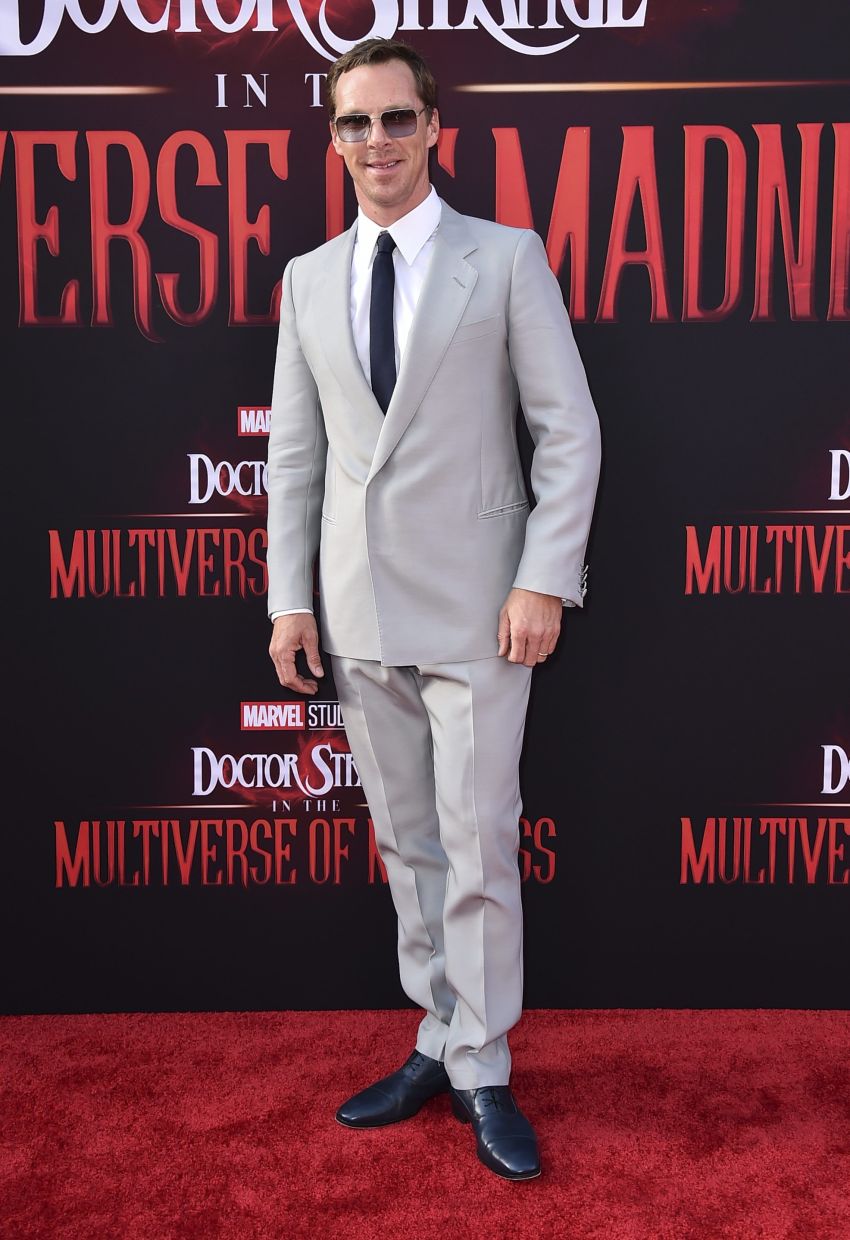 “Benedict has played Doctor Strange in his own movie, and in five other Marvel movies, so he knows that character inside and out,Ultimately, being a fan of the franchise and a huge comic geek, Raimi is glad to be back playing in the Marvel sandbox after all this time.

“They know the comic books, they know the history, they really love the tales that were told, and they’re putting a great deal of effort into making sure they’re being accurate, and telling good stories that really pleased the fans.

“It was great (to be part of it), like building a piece of a bridge that had been under construction for more than 10 years, and my job was to take it and build the next section, then hand it off to another storyteller. That was really interesting for me.” 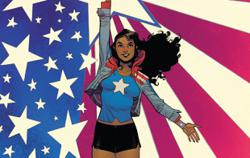