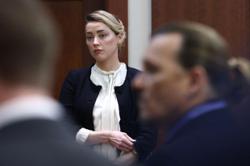 'Sing 2' doesn't stray far from the formula, but still remains fresh thanks to some inspired laughs and a little U2.

Remember Sing, that 2016 animated movie about a bunch of animals, well, singing?

Its formula of likable and cute characters, big name voice actors and hugely popular, instantly recognisable pop songs was one that made over US$634mil (RM2.64bil) in the box office, which also automatically means that a sequel was inevitable.

But Buster isn’t satisfied with his small town success, and dreams of hitting the big leagues by staging a big musical in the Las Vegas-like Redshore City. After welcoming rocker porcupine Ash (Scarlett Johansson) back into the fold, they head for an audition run by entertainment mogul Jimmy Crystal (Bobby Cannavale), who agrees to give Buster a shot provided he can also get reclusive veteran rocker Clay Calloway (Bono) to join in the show. Now, sequels like this tend to follow a fairly simple trajectory. Just take what worked in the first movie, make the stakes bigger, give the characters new problems to solve, maybe add one or two new characters, and voila! Instant hit!

It’s to director Garth Jennings’ credit that he actually manages to keeps things relatively fresh despite sticking to that same formula, and still finds new ways to generate genuine laughs throughout the movie’s 110-minute runtime (look out for one laugh out loud moment featuring Billie Eilish’s Bad Guy and some mops).

He even personally voices one of the primary sources of those laughs – Buster’s faithful assistant Miss Crawly, an iguana with a glass eye and a knack for rocking out to System Of A Down. Granted, this sequel IS pretty predictable. After all, It follows the same group of characters and has the usual repertoire of hit pop songs. But there is one thing that sets it apart: Sing 2 has U2.

It not only literally stars its lead singer, Bono, it also has three of the band’s best loved songs – Where The Streets Have No Name, Stuck In A Moment You Can’t Get Out Of, and I Still Haven’t Found What I’m Looking For. Now, Sing 2 would probably have been successful with or without U2, but it would have been stuck in a formula it can’t get out of. Including those three songs gave it an emotional elevation, meaning a movie that had gotten by with generic pop hits finally found what it was looking for.

As it is, Sing 2 is the perfect movie for families – the kids can enjoy some anthropomorphic musical fun while the parents get some good laughs and sing along to U2. Who knows, the kids might even become fans of U2 after that. Now wouldn’t that be the sweetest thing?

A fun, entertaining sequel elevated by some U2

'The Silent Sea' review: K-drama looks to the skies to save Earth, but perhaps lingers too long

'The Matrix Resurrections' review: A sequel stuck in a loop of déjà vu 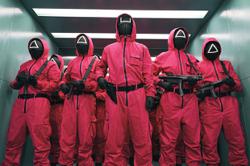