The third movie in the Tom Holland spidey trilogy feels like the next big marker and a genuine game-changer for the Marvel Cinematic Universe.

Just before going to watch Spider-Man: No Way Home, I happened to glimpse a headline that claimed that Marvel Studios was on a downward spiral because of the less than stellar reception of Eternals and the relatively modest take of Black Widow and Shang-Chi And the Legend Of the Ten Rings compared to their pre-Avengers: Endgame films.

Well, I’m happy to say that reports of Marvel’s demise have been greatly exaggerated. In fact, the Marvel Cinematic Universe (MCU) has never been more alive, thanks to a certain friendly neighbourhood Spider-Man.

Picking up right after the events of Spider-Man: Far From Home, in which Peter Parker (Tom Holland) was shockingly revealed as Spider-Man to the world by none other than J. Jonah Jameson (J. K. Simmons), throwing his life into disarray, as well as that of his girlfriend MJ (Zendaya), best friend Ned (Jacob Batalon) and Aunt May (Marisa Tomei).

Desperate to fix the situation, Peter asks the Sorcerer Supreme himself, Doctor Strange (Benedict Cumberbatch) to cast a spell that will make sure no one ever knows he is Spider-Man. Unfortunately, the spell goes wrong, and villains from other universes start popping up, including Electro (Jamie Foxx) and Doctor Octopus (Alfred Molina), among others. Before you cry ‘SPOILER!’, these details have already been revealed in all the trailers and posters that have been released. But the web that director Jon Watts spins here is so intricate that this synopsis forms but a surface of what No Way Home actually is, and to reveal more would be to venture into spoiler-ific territory.

Nevertheless, No Way Home is undoubtedly the most exhilarating, emotional, and yes, amazing entry in the Tom Holland Spidey trilogy. It’s the Spider-Man movie we’ve been waiting for since Holland first made his debut in Captain America: Civil War in 2016.

If there was any doubt before, this movie cements Holland's title as best cinematic Spidey yet. It also underlines the fact that Spidey is nothing without his friends, and I'm not just talking about MJ and Ned. In the comics, Spidey is usually a lot more interesting when he is interacting with other superheroes, be it the Avengers, Fantastic Four, or even the X-Men. This aspect of the Web-crawler's life was gloriously realised within the MCU and sets it apart from the Sam Raimi and Mark Webb movies of yore.

No Way Home also benefits from using established villains from other Spidey franchises, thus unburdening itself from having to retell multiple villain origin stories (something Raimi’s Spider-Man III struggled with, resulting in a mess of multiple undercooked villains).

Having Dr Strange here is another masterstroke, taking over the role of Peter’s father figure from Tony Stark, tying the movie not only to the overall MCU, and also introducing the concept of the Multiverse to those who may not have caught the various Disney+ shows that talk about that concept (namely WandaVision, Loki and What if...). 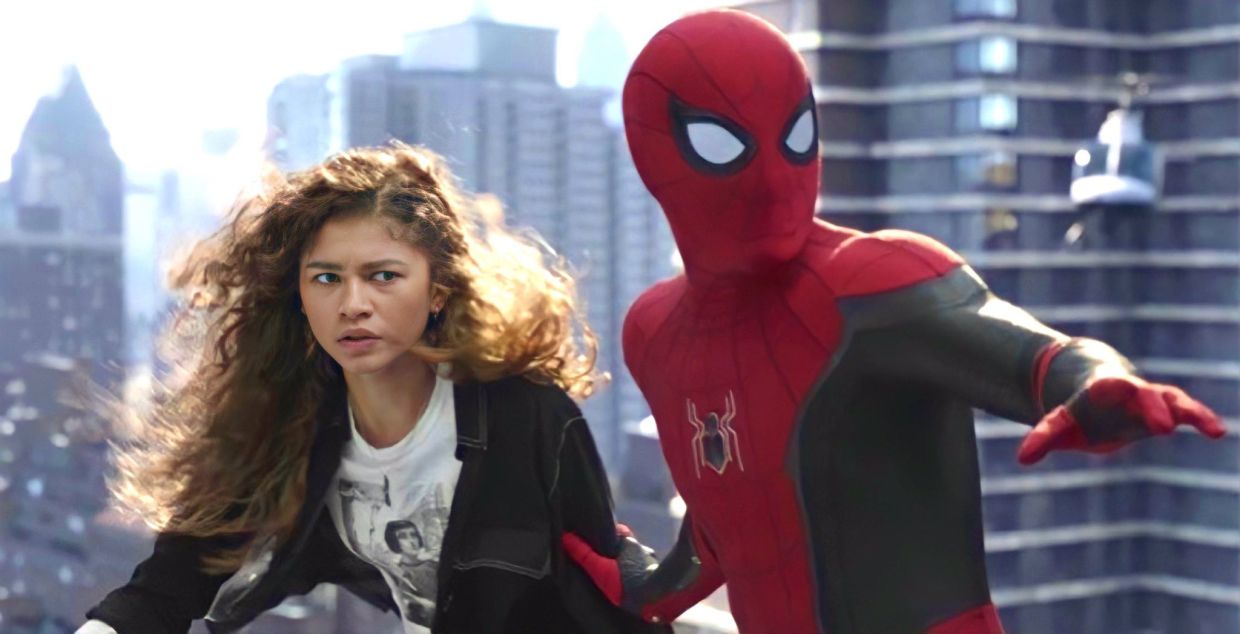 Whatever you do, don't look down, MJ.

After the finality of events in Endgame, there had been questions about how much longer the MCU could go on, especially with original Avengers like Captain America, Iron Man and Black Widow gone. Sure, Thor will be back next year with Thor: Love And Thunder, Hawkeye has his own Disney+ show now, Hulk is still very much in the picture, and there’s even a new Captain America in town.

But Endgame felt like a line had been drawn under the MCU, and even though there are more new movies and shows in the pipeline, it was hard to see how the franchise could ever live up to the pre-Endgame days.

Spider-Man: No Way Home doesn’t just kick those doubts to the curb, it completely revitalises the entire franchise. It feels like the next big marker for the franchise, a genuine game-changer like how Iron Man kickstarted it 13 years ago, or how The Avengers set a benchmark for a shared cinematic universe.

If you’re a fan of the MCU, this is a must watch. Even if you’re just a casual fan, it will arguably be the most fun you’ll have in the cinema in a long time. You will cheer, you will laugh, you will cry, and you will leave the cinema exhilarated and excited for the next chapter in the Marvel Cinematic Universe.

The Spidey film we have been longing for