It’s been 32 years since the original Ghostbusters suited up to serve all of New York City’s supernatural elimination needs. Diehards waiting for a sequel (the 2016 reboot doesn’t count) finally get their wish with Ghostbusters: Afterlife, a mostly enjoyable mix of nostalgia and newness that should satisfy old fans and win over younger ones.

Director Jason Reitman (Juno) takes over for his father, Ivan, moving the setting from the big city to Summerville, a small mining town in Oklahoma.

The family tries to adapt to their new surroundings.

But something’s amiss. Nobody in town seems to have known grandpa, earthquakes happen daily and the homestead is littered with strange objects including an old Cadillac hearse fashioned with inexplicable weaponry and a vaguely familiar logo from the 1980s.

Oh, and the house appears to be haunted by a ghost that plays chess.

The best thing about Ghostbusters: Afterlife is that for the first hour or so, it doesn’t feel like a Ghostbusters film at all.

Make no mistake, there are callbacks and references that only people who have seen the original within the last 10 years will get.

But, outside of the prologue, not a single ghost is busted.

Instead, the movie gives off more of a 1980s Spielbergian vibe that recalls Goonies or E.T. as the kids unravel the mysteries behind the identity of the dead grandfather and the paranormal activity surrounding Summerville. The Ecto-1's gunner seat, also known as the 'seat for those who have been slimed and have to sit outside so they don't stink up the car'.

Turns out, the old man was original Ghostbuster Egon Spengler (the late Harold Ramis, brought back in CGI form), who moved west to protect Earth from the re-emergence of an evil, ultra-powerful demon.

This stretch is full of joy, wonder and thrills as the young and fearless foursome put the pieces together and figure out how to, well, busts ghosts. Phoebe’s reaction as she pulls the lever on the gunner seat in the Ecto-1 and fires her proton pack at Muncher the Hungry Ghost will make you feel like a kid again.

Wow, Slimer, you got fat.

But this remains a Ghostbusters sequel lest we forget and fan service must be paid. Eventually, a call is placed to Ray Stantz (Dan Aykroyd) and it becomes obvious where all of this is heading.

Mixing in the old with the new can be tricky, particularly in a movie franchise that has gone 30 years between sequels. Just ask J.J. Abrams.

It’s a balancing act that Reitman and his father, who produced the movie and sat in a director’s chair next to his son throughout filming, don’t always handle smoothly. Sexiest man alive, and they've got me reading maps.

The promise of the first half of the movie is nearly wasted, bogged down by the weight of the nostalgia in the second half.

There are more Easter eggs in Ghostbusters: Afterlife than in a Cadbury factory.

But the biggest is the final act itself, which is less of a homage to the original and more akin to grand theft.

Still, the ending, which feels rushed and a bit too tidy, is more frustrating than bad and certainly not enough to spoil everything that preceded it.

For longtime fans, Ghostbusters: Afterlife is a love letter to them and a touching tribute to Ramis. For new ones, it’s an entertaining, old-school adventure full of laughs and a few genuine scares, too.

A mostly enjoyable mix of nostalgia and newness that should satisfy old fans and win over younger ones. 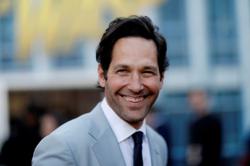