'Such a nice day for a red wedding. What? No, no, forget I said "red", all right?' Photos: Handout

The enthusiastic trooper who enlists against the family's wishes. The enlistee from a distinguished military background determined to succeed at all costs while not wanting the family reputation to open any doors.

The slacker who looks likely to bring the whole unit down but actually shows a surprising talent for martial matters.

Sounds like the standard mix of characters from your typical military movie/series? Fine. Now imagine them as all women, and all witches, fighting against terrorists and other insidious foes.

Oh yes, my fellow Muggles, welcome to the alternate history soap/thriller Motherland: Fort Salem, which deviates from the chronicles we know about three centuries ago when witches in America brokered freedom from persecution by men in exchange for waging their wars.

In the two centuries or so since, society has slowly shifted to a more matriarchal bent, while witches have become the dominant warrior class throughout the world.

Fort Salem – no doubt, erected on the ground where the witches-at-war deal was negotiated back then – is the main training ground where our three tropes, uhh, protagonists mentioned above meet. 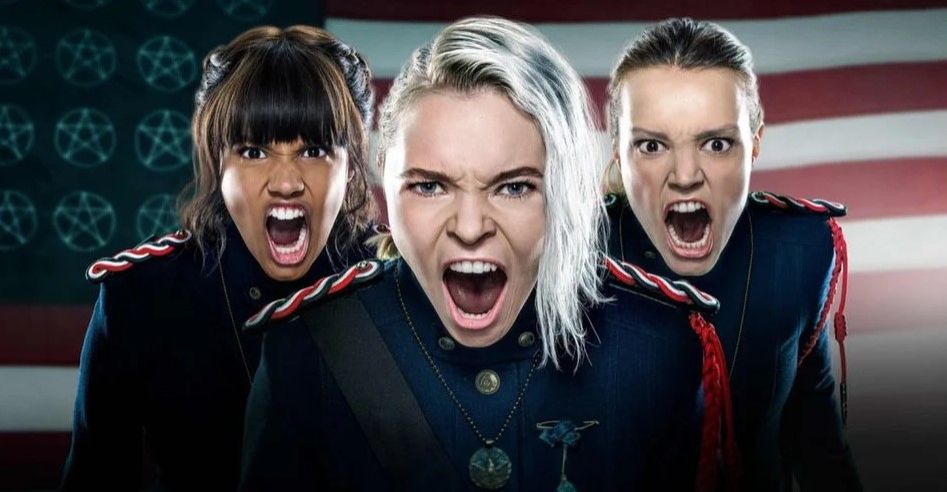 'We're Army, we sing it loud and we sing it proud, got that, weeyatch?'

Raelle Collar (Tally Hickson, who was stalked by the pizza guy in Deadpool) is the perceived slacker, Tally Craven (Jessica Sutton) the enthusiastic volunteer, and Abigail Bellweather (Anna Nicole Williams) the proud descendant of a celebrated line of warriors.

Their foe, and apparently that of the whole civilised world: The Spree, a terrorist organisation opposed to the conscription of witches everywhere.

Its tentacles are all over the place, just like Hydra's, and it wouldn't surprise me if its leadership was hidden somewhere in Fort Salem itself (that's speculation, not a spoiler, mainly because by Episode Six I've yet to see any sign of a Big Bad and that makes me suspicious... of the writers).

The world-building in Motherland is impressive, though, and (pointed) hats off to series creator Eliot Laurence on that score.

While wizarding worlds (ahem) are not exactly original concepts these days, the little details, hierarchies, rules and heartbreaking "realities" (OMG, those Biddies) that Laurence has worked into this landscape show a good deal of thought and devotion to the whole concept.

Most of it works, though some of it (like the false-face-burning which you'll recognise when you see it) comes off as contrived through sheer extravagance.

Perhaps the most intriguing aspect is how these witches cast spells, through the use of song and sound.

What I've seen of that so far has been fascinating, especially the hints of an ancient tribe of great power that dislikes how the witches' songs have been weaponised. 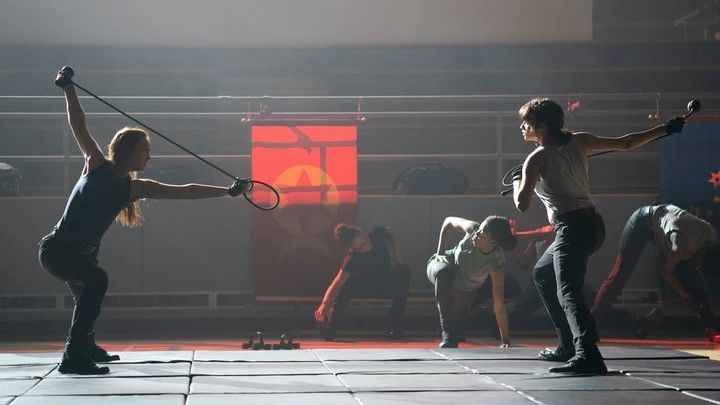 At basic training for witches, there was just no telling when a Pilates class would suddenly turn into a whip fight.

Laurence's creative spell is so captivating, it seems, that it has also encouraged the cast to become heavily invested in convincingly inhabiting their roles – not just the central trio but also the comrades, leaders, largely silent baddies (so far) and love interests.

And that love interest bit is where my main annoyance with the show lies, 60% into its 10-episode first season (of three).

For a property not based on any young adult books, it sure has more cow-eyed or otherwise emo moments than necessary with the show grinding to a halt for an entire episode while romantic and/or hedonistic paths are taken by, well, nearly everyone.

I almost couldn't wade through the syrup (that gets knee-deep in places) any further, if not for that game-changing fifth episode where everything changes for our heroines (and those close to them). And that also convinced me to see the first season through, at least.

Come for the witches, stay for the CSI-style gruesomeness.

Seasons One and Two of Motherland: Fort Salem are available on Disney+ Hotstar.

Beg pardon, which way is it to Hogsmeade?