Reports of former Running Man star Lee Kwang-soo making a comeback to the small screen have been talked about in the past few months. On Friday (Nov 26), the producers of the upcoming series The Murderer's Shopping List finally confirmed Lee's casting.

Murderer's Shopping List, based on a novel of the same name. is a comedy-mystery thriller that begins when a body is found in an apartment complex with only one piece of evidence left behind – a supermarket receipt.

Lee's last K-drama project was 2018's Live where he played an ex-military soldier who joins the police force. This time, the 36-year-old stars as Ahn Dae-sung, a man who works at a supermarket owned by his mother. His character is scarred by an incident which occurred in the market when he was younger.

The Running Man star will share screen time with AOA's Kim Seolhyun and Jin Hee-kyung who have also been announced as series leads.

Kim will star as Ahn's police officer girlfriend who is determined to track down the murderer while Jin portrays Ahn's mother who grew supermarket business from the ground up.

"Now that actors Lee Kwang-soo, Kim Seolhyun, and Jin Hee-kyung have been cast as our three leads, we feel more secure and at ease than ever. Our super(market) heroes, the likes of whom have never been seen before, will deliver both joyful laughs and overwhelming suspense at the same time. Please look forward to it,” shared the producers of the K-drama which will premiere some time next year. 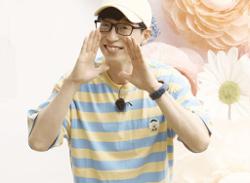