The Grammy Award-winning singer revealed that her new home with husband Daryl Sabara has two toilets placed next to each other. Photo: Meghan Trainor/Instagram

Meghan Trainor and her husband did their “business” together.

The Grammy Award-winning singer revealed that her new home with husband Daryl Sabara has two toilets placed next to each other.

But after a bit of blowback on social media, Trainor took action to “clear things up.”

“To clear things up...we pooped ONCE together and we laughed and said never again...but he will hang out with me if I’m (poo emoji)ing cuz WE SOULMATES,” the 27-year-old All About That Bass singer wrote. “And i legit miss him when I’m away from him. And we pee together obvi.”

Trainor explained the reasoning behind the peculiar bathroom feature on a recent episode of Nicole Byer’s Why Won’t You Date Me? podcast.

“We just got a new house, and we did construction,” she shared. “Nobody knows this, but in our bathroom there was one toilet.

"And a lot of times in the middle of the night when we’re with the baby, we gotta pee at the same time. So I was like, ‘Can we please have two toilets next to each other?’ "

The couple, who married in December 2018, welcomed their first child, son Riley, in February.

Sabara is an actor, known for playing Juni Cortez in the Spy Kids film franchise.

On the podcast, The Voice coach said that actress Chloe Grace Moretz set her up with her husband. – New York Daily News/Tribune News Service 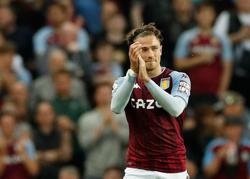