While shooting the latest superhero movie Shang-Chi And The Legend Of The Ten Rings in Sydney, Australia last year, Simu Liu got a taste of chilli crab thanks to Malaysian actress Michelle Yeoh and Malaysia-born actor Ronny Chieng who introduced the dish to the lead actor.

And although he was supposed to be on a "Marvel Diet" – keeping his ripped body in check while filming – Liu couldn't say no to such delicious offering.

“I’m a big food guy. I’m outing myself as someone who didn’t follow their ‘Marvel Diet’ as much as they should have. When you have chilli crab with Michelle Yeoh on the table, you don’t say no to that,” the 32-year-old told Nextshark in a recent interview.

Liu continued: “Ronny and Michelle, having roots in Malaysia, would take us out to this delicious chili crab [place]. I absolutely fell in love with chili crab.”

The Canadian Asian trained hard to get into character and spent half a year learning martial arts before shooting for Shang-Chi And The Legend Of The Ten Rings began. 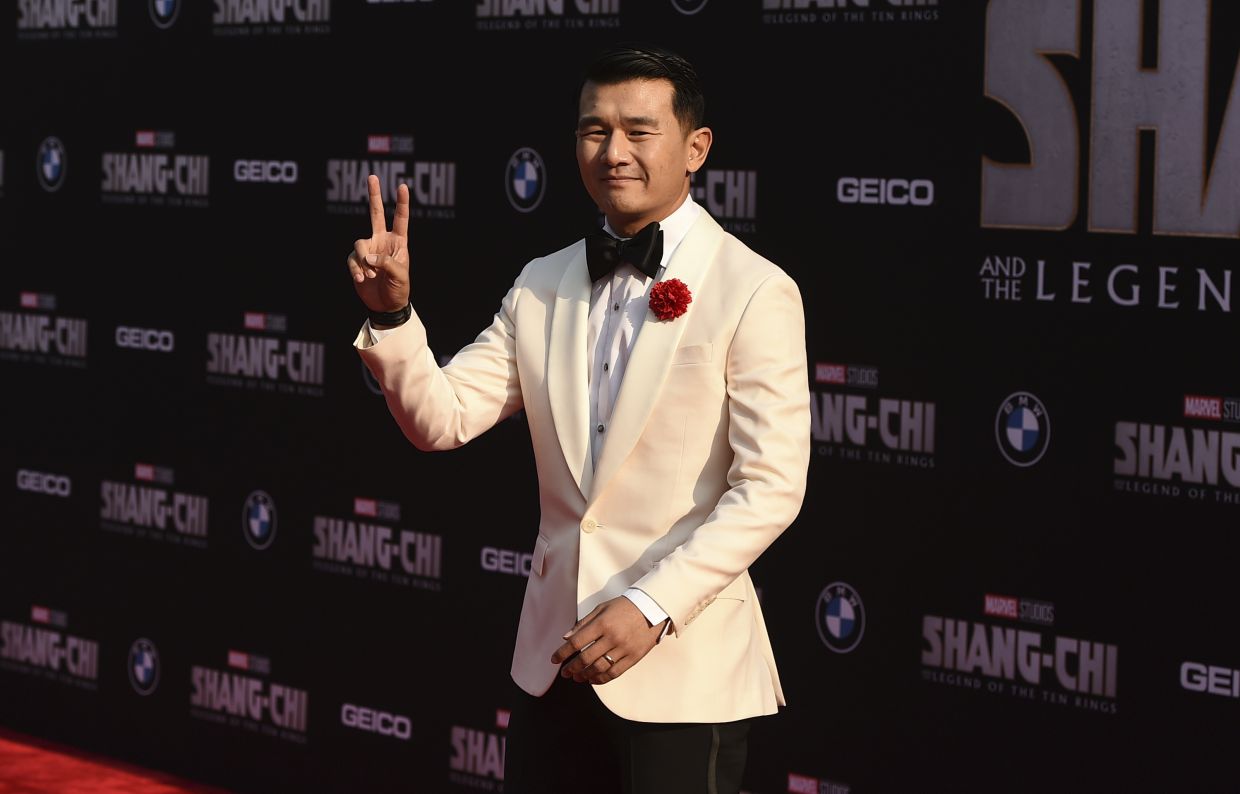 Ronny Chieng at the premiere of 'Shang-Chi And The Legend Of The Ten Rings in Los Angeles on Aug 16, 2021. Photo: AP

However, due to the pandemic, production was halted between March and July last year, and with so much Asian food available in Sydney, Liu was, needless to say, tempted. He noted that there was “such a plethora of cuisine and so much to celebrate” in Sydney.

Apart from Yeoh and Chieng, Liu also went on eating outings with Hong Kong actor Tony Leung Chiu Wai who plays his father in the movie. According to Liu, they ate "delicious seafood".

When production resumed, Liu hit the gym hard to get back into beast mode. This time, he had Chieng as gym buddy to spur him on.