Siti Sarah performing 'Semakin' at the Anugerah Juara Lagu competition in 2019. The singer passed away from Covid-19 on August 9. – Photo: THE STAR/Afique Yusoff

The loss of Malaysia singer Siti Sarah to Covid-19 was a terrible blow to the local entertainment industry, especially since she had just made a stirring comeback a few years ago. In this 2018 interview, former StarLifestyle writer Kenneth Chaw spoke to the singer about reviving her singing career after seven years, having lost her voice after giving birth to her second child.

This story originally appeared in StarLifestyle (then known as StarTwo) on November 15, 2018, and has been edited for brevity and clarity.

Mouth agape, Siti Sarah attempts to hit a high note, but to her sheer horror, instead of the dynamite vocals she’s known for, what comes out is only silence.

“No voice, no voice,” the 34-year-old singer recalls, her hands shaking in the air to emphasise her point. “I felt like God had taken away my gift.”

Siti is recounting the harrowing moment she realised she lost the ability to hit the big notes after delivering her second child.

“I have three kids. After delivering my first kid, I lost some of my vocal range but it was not that bad. After my second kid, my range was totally gone. I couldn’t go low and I couldn’t go high,” she remembers.

Siti started her singing career on singing competition Bintang RTM in 2001 and made a name for herself with well-loved hits like Kesetiaan and Sandarkan Pada Kenangan, a duet with Jamal Abdillah. 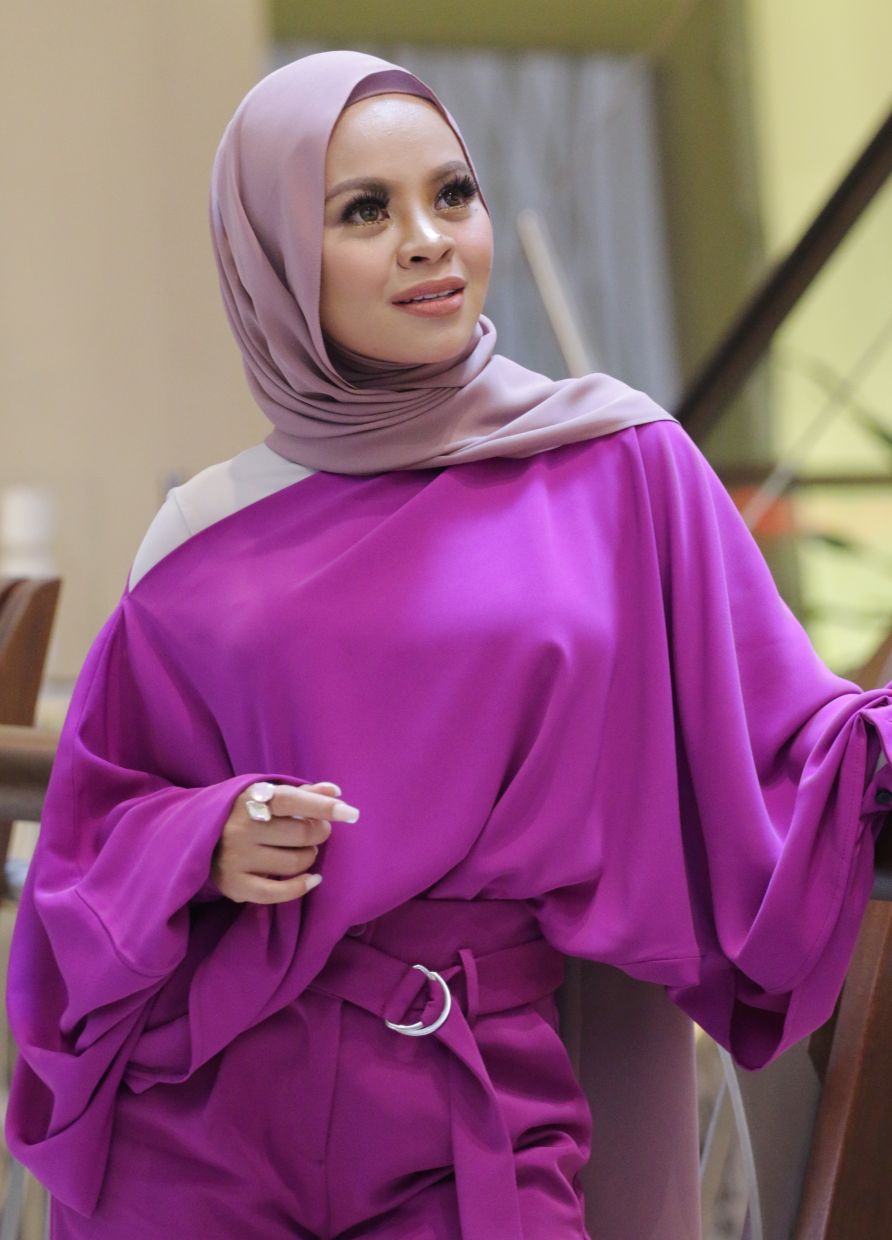 Siti Sarah during a launch event in 2019.In 2007, she joined the second season of reality singing series, One In A Million, often covering power ballads by Beyonce, Christina Aguilera and Whitney Houston.

“Last time, you could tell me what note you wanted me to sing, and I could just do it. I had a lot of ego in me. What was I trying to prove?” she reflects.

While Siti could still sing, losing the ability to access the upper and lower extremes of her vocal range meant losing a big part of the singer’s identity.

The ordeal was such a big blow to her self-esteem that Siti went quiet for a decade, choosing to focus on raising her family instead.

She still sang, though mostly at corporate functions on the side.

However, Sarah believes losing part of her vocal range was a blessing in disguise.

“Back then, I forgot to sing with my heart. I just wanted to sing terer (skillfully). I wanted to show people I can do this and that.

“What I learned when my voice was gone was that every note that I sing, I have to sing from the heart.

“I think what happened turned out to be another gift from God. God took away something for a while and gave me something else. Now I sing with sincerity.”

In the past few years, Siti has been trying to recover her original range by taking vocal lessons and have seen significant improvements.

“I trained with (fellow singer) Ernie Zakri. We did a lot of vocal exercises and tried to get back those notes. I had to start from zero, kind of like someone who was rich and became bankrupt and is trying to gain back all that was lost.”

In 2016, she finally returned to the spotlight on the third season of Gegar Vaganza, a reality competition for experienced singers. Siti proved she was still in top form, finishing second.

Last May, she released her first single in more than 10 years, Semakin. The ballad was penned by her husband, comedian Shuib Sepahtu, who interestingly has no professional experience as a musician.

“I’m a perfectionist, I can’t have even a little mistake. Even if other people don’t hear the mistake, I hear it,” she talks about the song’s recording process.

“For Semakin, I kept changing studios and re-recording for about eight times until I found the right studio with the right microphone.”

Her hardwork paid off when Semakin not only became a hit, it earned a spot on the semi-finals of Muzik Muzik.

“When I returned to the industry, I didn’t think anything about my song making it to Muzik Muzik or anything,” Siti shares.

“In fact, I was even afraid to sing Semakin because music has changed so much today. People might say, ‘What year did you come from?’”

Asked what strategy she will employ for her performance if Semakin makes it to Anugerah Juara Lagu, Siti takes her time and mulls over the question.

After a long pause, she replies: “Maybe I try to be honest this time.”