Gillian Anderson says she's had it with bras. Photo: AFP

The 52-year-old said this in an Instagram Live where she answered questions from her followers.

“I don’t wear a bra anymore. I can’t wear a bra. I’m sorry,” said the actress who has starred in series like The X-Files, The Crown and The Fall.

“I don’t care if my breasts reach my belly button. I’m not wearing a bra.

Her comment went viral on Twitter and many female netizens are in full support of Anderson’s decision.

One netizen wrote: “Me too! 17 months isolation/working from home, then retirement... Gillian is absolutely correct, bras are a torture device! (For women anyway!)”

Another said: “I’m with @GillianA, haven’t worn one for 10yrs. Yea for #NoBraNoProblem”

Many others commented that they wear tank tops with built-in bra or a crop top bra as these are more comfortable.

On July 13, the two-time Emmy Award got her sixth Emmy nomination for her portrayal of British Prime Minister Margaret Thatcher in Netflix’s The Crown.

Anderson has been recently cast as the First Lady of the United States Eleanor Roosevelt in the upcoming Showtime series The First Lady.

Diversity, firsts and more facts from the Emmy 2021 nominations 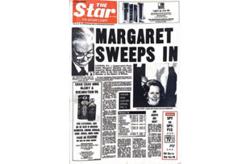