Black Widow star Scarlett Johansson has been conspicuously missing from the promotion of her new superhero movie and sources say it is because she is reportedly heavily pregnant.

The 36-year-old, who is married to Saturday Night Live star Colin Jost, 39, sparked pregnancy rumors last month when she skipped several promotional events for her film, reportedly her last outing as Black Widow.

She is not only the lead, but also an executive producer for the Marvel movie.

Another source told Page Six: "Scarlett is actually due soon, I know she and Colin are thrilled."

Instead of in-person interviews, she had been conducting them over Zoom, which made her pregnancy easier to conceal.

The new baby will be Johansson's second child. She has a six-year-old daughter Rose with ex-husband Romain Dauriac, a journalist-turned-adman. – The Straits Times/Asia News Network 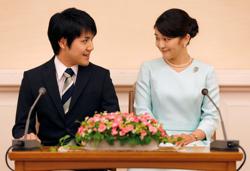