Her weight loss began after the actress decided to lead a healthier lifestyle. Photo: Lin Ching-Hsia/Weibo

Former screen goddess Brigitte Lin Ching-hsia recently did a photo shoot and interview with Taiwan's China Times, and revealed she had lost 12kg in six months.

The 66-year-old Taiwanese said she weighed 68kg before Christmas last year, and had “spare tyre” around her waist.

In a report written by 8days.com based on the China Times’ article, Lin had said that she enjoyed eating peanuts, peanut butter and food made from wheat flour.

Also, she kept weird sleeping hours like going to bed at dawn and waking up at night.

“My daughters often persuaded me to lose weight for the sake of my health, and my friends would shake their heads when they saw me, ” she’s quoted in the article.

At some point, the retired actress decided to get rid of her bad habits and lead a healthier lifestyle.

This meant sleeping at regular hours and eating right which includes cutting down on oil, salt, sugar, starch as well as eliminating snacks and late-night meals.

The actress who worked in Taiwan and Hong Kong film industries also started being more active.

Every day for at least an hour, she would be either playing badminton, doing Pilates, hiking or playing table tennis. Lin especially recommended table tennis, which she claimed works the brains as well.

All of these contributed to her weight loss, she said. She now weighs 56kg and stated she feels accomplished.

The Legend Of The Swordsman star also mentioned in the article that she has quit worrying about ageing after turning 60.

“I no longer care about whether I’m old or not, beautiful or not.

“I think ageing is simply a part of life and there’s no reason to fear it.

“It is the law of nature and you have to accept it even if you don’t want to, otherwise you’ll just make things hard for yourself.” A photo of the China Times article shared by the actress on Weibo. Photo: Lin Ching-Hsia/Weibo 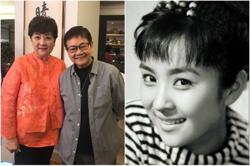 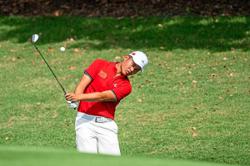