(From left) Bruno Mars, Dua Lipa and Ariana Grande can only come out after dark in Indonesia after some of their songs are banned by the Indonesian Broadcasting Commission. Photos: AFP and AP

The Indonesian Broadcasting Commission (KPI) has prohibited radio stations from playing 42 songs before 10 p.m, claiming their lyrics were considered immoral.

"So, what is in those 42 songs? For example, they contain words of violence and obscenity or allude to sexuality. This is attributed to Law No. 32 of the Broadcasting Code of Conduct and Standards of Broadcast Programs [P3SPS], which states that radio broadcasting is in the interest of national integrity to build the character and identity of a nation that is faithful and pious," Adiyana Slamet, the head of the West Java KPI, told detiknews.

Radio stations are also asked to censor lyrics that are not in accordance with Indonesian norms before playing the 42 songs.

The songs include hits from world-famous artistes such as Ariana Grande, Bruno Mars, Cardi B and Suga of BTS.

The KPI has a history of censorship in the media. The popular comedian Tukul, for example, received a warning in July 2019 because a scene in his television program showed a man being allegedly possessed. The penalty was issued based on child protection.

In a separate occurrence, in August 2019, the KPI placed sanctions on Global TV for broadcasting The SpongeBob SquarePants Movie in which the main character, SpongeBob, is shown tossing a tart into another character’s face. They were also reprimanded for streaming Rabbids Invasion because it displayed cartoonish violence. Global TV was issued a written warning and was reminded to follow a censorship order.

Here is a list of the 42 songs and their artistes: 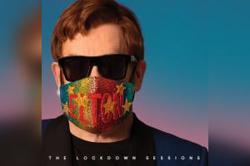