The singer's Hong Kong concerts were first postponed due to protests in the city in end 2019. Photo: Filepic

Taiwanese mega star Jay Chou's Hong Kong concerts, which were supposed to have been held in December 2019, have been postponed for the fourth time to March 2022.

The delay of more than two years for 100, 000 ticket holders, who would rather hold on to their tickets than seek a refund, is a record in the eyes of the organisers, Best Shine Group.

"We believe that this is already a world record and we would like to get the Guinness World Records together with the fans to commemorate this event, and to thank everybody for their determination in holding their tickets for such a long time," it said in a statement last week.

Chou, 42, was supposed to have held the Hong Kong leg of his Carnival World Tour at Hong Kong Disneyland in December 2019, but the concerts were postponed due to protests happening at the time.

The second November 2020 date was pushed back to April 2021 due to the Covid-19 pandemic and difficulties with air travel, and then postponed again to August.

The concert organisers apologised for once again delaying the concerts until tentatively March 2022, and added that the situation was unpredictable.

Those who wish to get a ticket refund can do so via its Facebook page.

The Carnival World Tour, celebrating the King of Mandopop's 20 years in the business, kicked off in October 2019 in Shanghai and played to a full house in Singapore for two nights in January 2020 before being halted by the pandemic. – The Straits Times/Asia News Network 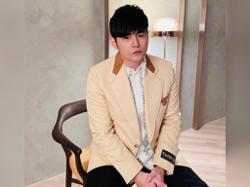