Kareena Kapoor Khan had starred with Salman Khan in a couple of Bollywood films and the two were on good terms while making the 2015 film Bajrangi Bhaijaan.

But the 40-year-old actress didn’t always have a good opinion of the leading man.

In one of her older interviews, she reportedly criticised Salman, 55.

According to FilmiBeat, this is what she said: “I'm not at all a Salman fan. I don't like him, he's a very bad actor.

“I tell him that he’s hamming it up all the time.”

As this old quote resurfaced recently, Bollywoodlife.com included Kareena’s comment on another star.

She was reportedly asked what would be the one thing she would like to ask Priyanka Chopra. And Kareena's reply was: “Why does she have that accent?”

These two sly digs aside, Kareena had only good things to say when it came to Khabi Khushi Kabhie Gham co-star Shah Rukh Khan.

"I'm totally in love with him. Don't even ask me about him because if I start I won't stop talking about him for hours. Amitabh Bachchan and Shah Rukh are the only two actors I admire,” she said.

"There is something about Shah Rukh that is amazing. He has that boy next door appeal that makes every girl want to take him home to her parents. His performances touch me." 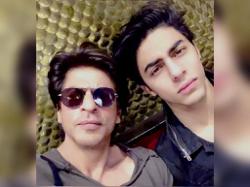