Tank says he is also suffering from dizziness and 'can't walk a straight line'. Photo: Tank/Instagram

R&B singer Tank announced recently in an emotional Instagram post that he's "going completely deaf" in his right ear and losing hearing in his left.

"So I'm going through something right now, and I want to use my situation to encourage your situation," he said in the video before sharing the news. The musician and actor, born Durrell Babbs, said he's also suffering from dizziness and "can't walk a straight line".

The 45-year-old, who has written music for Aaliyah, Jamie Foxx and Keyshia Cole, said the diagnosis seemed to come "out of nowhere," and he's been seeing doctors and taking medication since.

"It still hasn't given me a reason to give up," he continued, hoping his resilience in light of the news could be an inspiration. The When We singer promised to keep his fans updated with developments in his treatment. "Imma document the process just to show you the fight."

In another update, Tank spoke about his most recent doctor's visit, sharing that his hearing had tested lower that day. The visit also revealed that he has a deviated septum, which the musician met with good humour. "We're gonna be able to fix that, and hopefully my vocals will be able to sound better."

"Listen, if you like my music or my acting, say it now," he continued in a moment of reflection. "Don't wait till I'm deaf or in a wheelchair ... I want to be able to celebrate and dance right now. Whatever flower you want to give me, I want to smell that flower."

"I love you babe and don't worry I can talk louder," his wife, Zena Foster, joked on Instagram. Tank — who has more than 1.8 million Spotify followers — received an outpouring of support on the platform, including from Foxx and Kevin Hart. "Prayers up king .... stay strong and stay positive .... Love u champ," Hart said in comments.

Tank has received five Grammy nominations over his career, including an R&B album nod in 2007 for Sex, Love & Pain. The album's titular song, along with Force Of Nature and This Is How I Feel, hit the top 10 on the Billboard 200 list.

"I've made platinum records for everybody else, but this the first time I've gone platinum on my work," the songwriter and producer told the Los Angeles Times in late 2018, after When We became his first platinum single that summer. It feels like I've cracked some type of code that can give us all a new lease on life at this age in the game." – Los Angeles Times/Tribune News Service 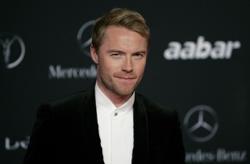