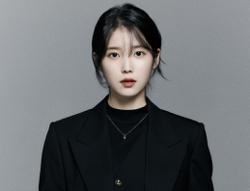 Kim Jaejoong says he struggled with invasion of privacy for more than a decade. Photo: Kim Jaejoong/Instagram

Popular Korean singer Kim Jaejoong of the group JYJ shared that he had to put up with the extreme behaviour of some overly-obsessive fans (called sasaeng in South Korea) for a good 12 years.

He said this when he guest hosted the radio programme Nighttime Workshop, reported an online Korean portal.

The 35-year-old stated that these stalker fans would come to the house he shared with his group mates back then and take photos of their home.

“I was sent photos of the living room, bedroom, and kitchen to my phone, and I was in the photos... I don’t know how they got my phone number, but they sent those photos to me.”

The fans’ bad conducts continued when Kim moved into an apartment of his own. A sasaeng had moved into the building opposite his.

Kim said: “I moved into that house because I liked the balcony, but I couldn’t even use it because the person would be staring at me all the time.”

To make matters worse, someone would ring his doorbell late at night and then hide. After the second time it happened, Kim opened the door slightly and saw a person’s leg.

After overcoming his initial shock, Kim chased after the prankster and even caught the sasaeng.

According to Kim, he called the police to report the toxic fan only to have the officer say this to him, “It’s your fan. Of course, a fan can visit you. Why are you reporting them to the police? Kim Jaejoong, you’re so narrow-minded".

When the doorbell rang again a few days later, Kim just let it be.

But soon after, the so-called fan started to shake his doorknob aggressively instead of ringing his doorbell.

This incident and a few others – involving a creepy food delivery person – forced Kim to move house every two years.

He also had to change to a new car all the time, as the sasaengs would find out his car and tail him.

Luckily for Kim, the crazy acts of these toxic fans ended after 12 years.

He said: “It doesn’t happen to me anymore. Now, I don’t move, and I sold all of my cars. I’m finally free.

“I can even walk on the streets normally these days. I’m so happy.” 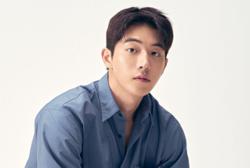