The 'Friends' special was supposed to have been taped last year but was postponed due to the Covid-19 pandemic. Photo: Handout

The Friends reunion is finally happening.

Actor Matthew Perry, 51, one of the six stars of the hit sitcom which ran from 1994 to 2004, posted a photo of himself in a make-up chair on Instagram last Friday (April 9), with the caption: "Seconds before eating a make-up brush. Not to mention reuniting with my Friends."

However, the photo was quickly removed, but not before some of his 7.3 million followers had noticed it.

Several jubilant fans managed to capture screen shots of the post before it was taken down and the news of the reunion went viral.

The Friends special was supposed to have been taped last year but was postponed due to the Covid-19 pandemic. It would have been a rare reunion of the entire main cast, including Perry, Jennifer Aniston, Courteney Cox, Lisa Kudrow, David Schwimmer and Matt LeBlanc.

Entertainment magazine Variety had reported that the stars will also serve as executive producers and will receive at least US$2.5mil (RM10mil) each.

Earlier this month, Schwimmer, 54, had also teased audiences on The Graham Norton Show, appearing via a video link and saying he was boarding a plane soon for Los Angeles to shoot the reunion show.

"There is nothing scripted, we're not in character. We're all ourselves, the real people," he said, although he did divulge that there will be a section where they will read something.

Few details have been revealed of the show, although an instantly recognisable shot of the colourful New York apartment where the characters used to hang out was recently leaked by set designer Greg Grande on Instagram. However, that was also swiftly taken down. – The Straits Times/Asia News Network 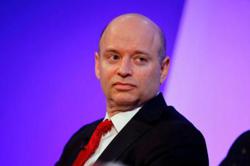