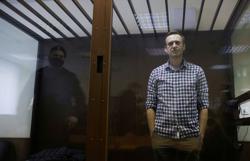 'It’s in these difficult, desperate times that you will somehow recognise your true potential and purpose, ' says vocalist Rich. Photo: Handout

The pandemic has given Malaysian alternative rock band Estranged a renewed sense of purpose – to inspire and uplift listeners through its music.

“Many people are going through some really tough times. With the Covid-19 pandemic, people have lost their incomes, families have been separated from each other for many months and uncertainties and anxiety seem to be everywhere," the band’s vocalist Rich says.

"Tujuan tells you that when you are on the brink of wanting to give up, just hold on for a little longer. It’s in these difficult, desperate times that you will somehow recognise your true potential and purpose.”

Meanwhile, guitarist Hanafi, who co-wrote the song with Rich, says the song comes from a personal place.

“I have fallen down many times – back when I was a teenager, and more recently during my divorce – but I’m back up again. Now it’s just me and my son and though we don’t know what lies, we have learnt to love and value ourselves so that we, in turn, can help others.”

Besides music, the band has been doing its part to help others in a tangible way.

Estranged organised a fundraiser by giving a two-night concert last August. Proceeds went towards building an internet hub for the people of Kampung Bomboi, Keningau.

The band also plans to channel 20% of the proceeds of the Tujuan merchandise to its CSR efforts in East Malaysia.

Tujuan is now available on all streaming platforms. 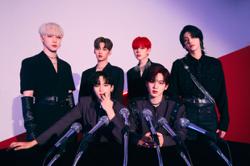