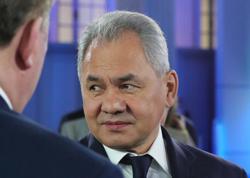 One of the show's segment sees an anonymous guest sharing candidly about his or her marital struggles. Photo: Handout

Malaysian talk show Borak Kelamin, which premiered March 1, aims to take on marital issues some may deem too sensitive and taboo to talk about.

Hosted by Awal Ashaari and Elly Mazlein, the 10-episode series will be discussing a variety of topics including the effects of excessive mobile phone usage on a marriage, conflict with the in-laws, the death of a spouse as well as issues between the sheets.

"Although the topics discussed could court controversy, the show does not go overboard and we've made sure it is in line with our local values," Astro Ria channel manager Emarina Mohd Kamal said in a press statement.

"We believe audiences today have become more mature and are able to receive the show's message in its full context."

Each episode, meant for viewers above the age of 18, will feature celebrity guests opening up about their marital problems such as couples Norman Hakim and Memey Suhaiza and Lana Nodin and David McKienzie.

An anonymous guest (only his or her silhouette can be seen) will also share candidly about his or her marital struggles.

An expert on the matter such as a psychologist or marriage counsellor will then dissect the issues and suggest possible solutions. 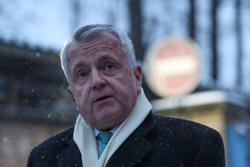 J.Lo was the one to end engagement over ‘too many issues’: report
Hilary Duff to star in 'How I Met Your Mother' sequel
Sasi The Don’s hit song ‘Anbe’ gets new lease of life internationally
Singer Wang Leehom is unrecognisable in new photo
Eww: Unwashed costume worn by BTS' Jimin up for auction
'Josee, The Tiger And The Fish' review: A heartwarming, somewhat melodramatic, anime
Documentary tells 'unknown' story of Titanic's Chinese survivors
Taylor Swift is first woman to have three No. 1 albums in less than a year
Aquaman Jason Momoa surprises Dwayne Johnson's daughter with birthday video
1980s icon Boy George launches casting search for biopic