It has been 22 years since TVB cop drama Armed Reaction first aired in 1998.

The series stood out as it put female cops at the forefront, played by Esther Kuan, Ada Choi and Joyce Tang.

It was so successful, it churned out another three instalments between 2000 and 2004.

Fans of the show will be happy to know that its fifth instalment, Armed Reaction 2021, arrives Jan 25 with a new storyline.

Jessica Hester Hsuan is taking over as the show's female lead cop. She plays a senior clerk in the police force who resorts to doing administrative work after a traumatic event.

In an interesting turn of events, she gets transferred to a department specialising in solving cold cases, where she partners up with an experienced cop played by Moses Chan.

They clash at first but the latter is determined to help her get back into shape after being away from the action for so long. 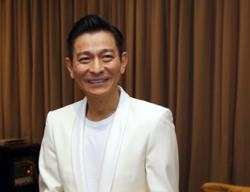