EXCLUSIVE: Actress Diana Danielle says others shouldn't dictate how you live your life

It is nearing the end of a day-long photo shoot at the pool side of W Hotel Kuala Lumpur when Diana Danielle is issued a dare.

Without batting an eyelid, Diana takes up on that challenge: she jumps into the pool, fully-clothed.

Floating at the water’s surface, her face is a composition of calm and serenity.Nothing seems to faze the 1.7m-tall model-actress.

Like the rest of us, she has weathered a particularly challenging year, no thanks to that little pandemic known as Covid-19.

For Diana, she took the ensuing lockdown as an opportunity to engage in self-reflection.

“For what it’s worth, 2020 has pushed a lot of people, myself included out of their comfort zone,” muses the 29-year-old.

“It made me realise that life is short. And when it comes to realising my goals, it doesn’t matter if I fail or succeed. It matters that I tried. I have found the courage to overcome the fear of failing.”

Hence, her decision to return to her first love, which is singing.

“I took a hiatus from the music industry for four to five years to focus on acting. Back then, music was very manufactured for radio and I had a hard time finding my place in the music scene.

"Now, with Universal Music, I am finally doing it in the most proper way, ” she lets on.

In all aspects of her career, Diana is currently managed by Celebrity360, a one stop celebrity creative agency under Universal Music Malaysia. 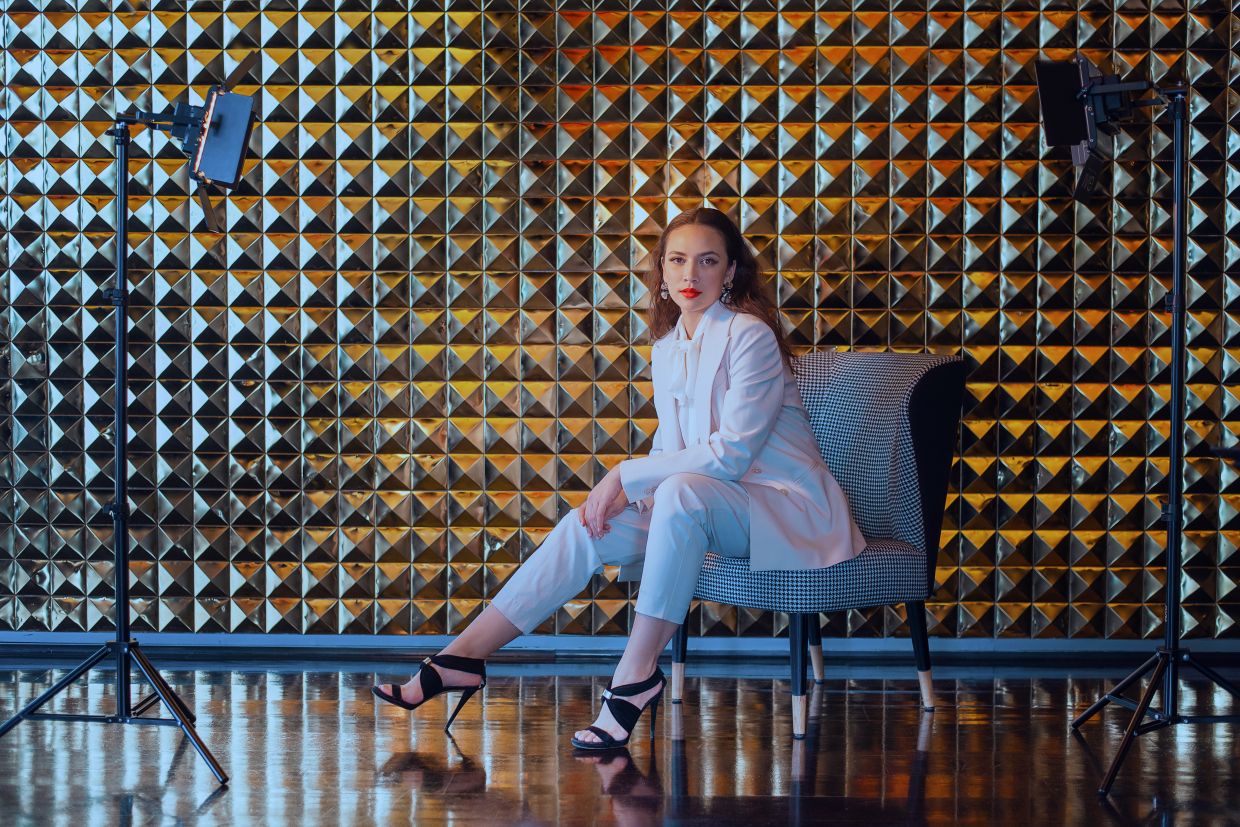 Diana Danielle, in Bruno Cucinelli, is inspired by music artistes such as The Weeknd, Taylor Swift and Miley Cyrus.Born in Houston, Texas, the United States, Diana has been married to actor-director Datuk Farid Kamil since 2012.

They are parents to Muhammad Farid Kamil and Nur Aurora Farid Kamil. (Those who follow local celebrity news would be aware that 39-year-old Farid was arrested and convicted in 2019 for a drug abuse charge.)

For Diana, what has been the biggest lesson learnt in 2020? “I learnt that you yourself – not others – should dictate the way you live your life,” answers Diana after a thoughtful pause.

“I think sometimes we give too much power to other people easily. Whenever people need your help, you just give, give, give ... and sometimes, if you’re not careful, you give too much of yourself away and there is not enough left for you.

"I was too accommodating to everyone else and at end of the day, came home and felt empty,” she says.

That feeling of emptiness can be dangerous, asserts Diana: “So, no matter what life throws at you, always remain positive and look after your own needs first. If you don’t keep your glass half full, you won’t have it within to inspire others, let alone yourself.’’

What is Diana’s advice to young people who want to follow in her footsteps?

“Before they enter this fickle business known as showbiz, they should gain as much knowledge as possible, ’’ she advises.

“Invest in as many classes and courses as you can, and don’t stop seeking that knowledge.’’ 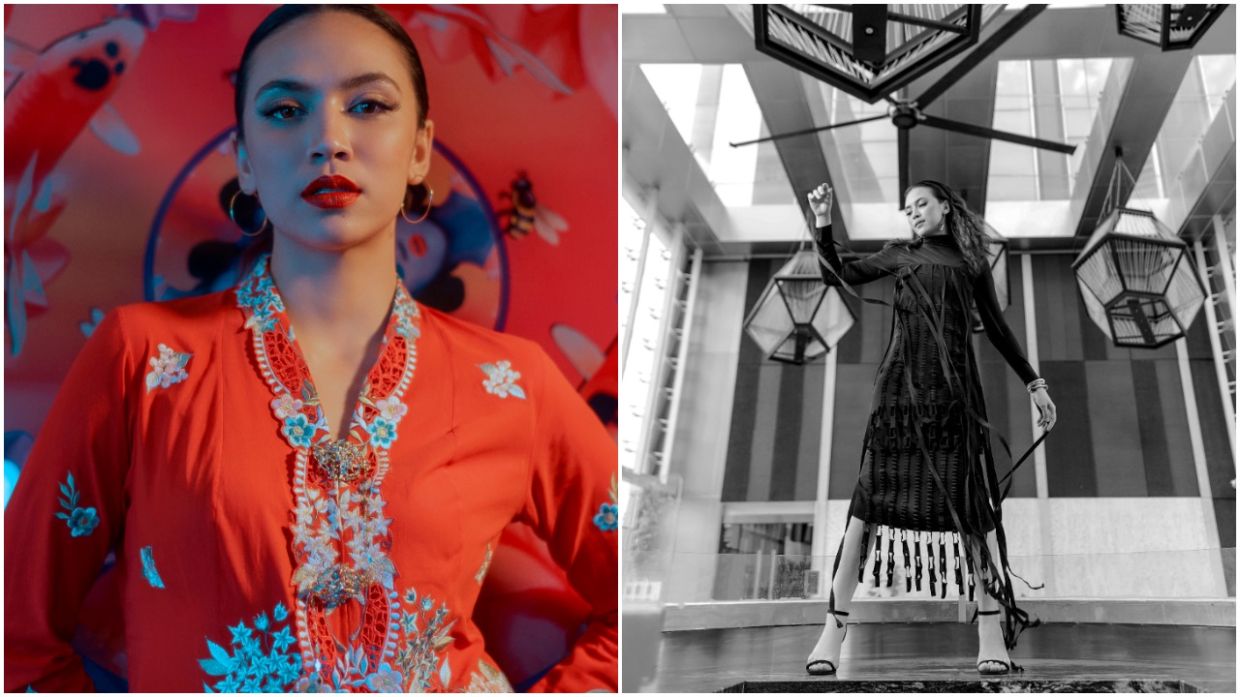 Having started her career at the tender age of 11, Diana certainly knows all there is to know about showbiz.

“People have the misconception that it’s glamorous but I can tell you it’s not all fun and games.

"When I started, I was thrown into the deep end and it’s either you sink or swim. I took it upon myself to study acting and scriptwriting... and found that with knowledge, I don’t feel like I’m lost at sea, ” she reminisces.

Her other notable roles include Evolusi KL Drift (2008), Magika (2010), Hantu Gangster (2012) and Gol & Gincu Vol. 2 (2018). She was also the voice of WandaMaximoff/Scarlet Witch in the Malay dubbed version of The Avengers movies.

Diana can next be seen in Ganjil, which she describes as a series in which the protagonist heals people through dreams.

Diana’s long-term goal is to establish herself as a credible singer-songwriter.

“I know it takes a while for people to accept me, from being an actress to a singer. I am taking my time to make this transition and to establish good songs for my album, ” she says.

What music currently inspires her? “The Weeknd is a big inspiration; I really like his latest 80s-influenced album After Hours. I also like how

Miley Cyrus has evolved in her career; it’s refreshing as people haven’t seen the rock ‘n’ roll side of Miley.

"I also love Taylor Swift’s Folklore; it is very nicely written. She likes to incorporate lyrics that are part of everyday conversations; I am picking up on that tip as a songwriter.”

Not surprisingly, her resolution for 2021 is straightforward. “I look forward to writing and performing head-banging, well written songs!”

'It's a boy!' Siti Nurhaliza reveals gender of baby No. 2