“Respect Selena Gomez” was trending on Twitter Saturday (Nov 28) as fans admonished Peacock’s new Saved By The Bell reboot over references to the actor and singer’s kidney transplant.

Despite Gomez’s public statement that she had received a transplant from her close friend, actor Francia Raísa, one scene from episode six of the series features two Bayside High students speculating about the identity of the donor.

“I know for a fact that Selena Gomez’s kidney donor was Justin Bieber’s mum. God, I wish that I had my phone so that I could prove it, ” one student says. “Prove what?” the other replies. “That you’re an idiot? It was Demi Lovato’s kidney. They’re best friends, like you and I were.”

In a separate scene, there appears to be graffiti on a wall that reads, “Does Selena Gomez even have a kidney?”

Joking about someone’s disease is not funny whatsoever. It’s just so cruel and unjust. Selena doesn’t deserve that & no one else deserves that either.

Peacock, NBCUniversal and the show’s executive producers apologised for the references in a statement to Variety.

“We apologise. It was never our intention to make light of Selena’s health. We have been in touch with her team and will be making a donation to her charity, The Selena Gomez Fund for Lupus Research at USC,” the statement reads.

Representatives for Gomez did not immediately respond to Variety‘s request for comment.

a tv show called "saved by the bell" has "does selena gomez even have a kidney?" written on the wall. this is so disgusting and unnecessary. selena doesn't deserve this.

The synopsis of episode six is that the Bayside High students have had their phones taken away, and therefore do not have an immediate source to confirm the validity of their discussions concerning pop culture.

In 2017, Gomez revealed she underwent a kidney transplant due to her lupus diagnosis, which she made public in 2015 and for which she was previously undergoing chemotherapy. In 2016, she stepped away from the spotlight as a result of the mental health concerns regarding her diagnosis. Gomez has previously stated she wanted to come forward with her illness to spread awareness of the autoimmune disease and become an advocate. – Reuters

my parents just asked why “respect selena gomez” was trending, after i explained to them what had happened my dad had tears in his eyes. my grandma passed away due to lupus, and people making jokes on it made my dad feel awful. this is something that affects me a lot 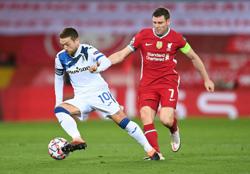