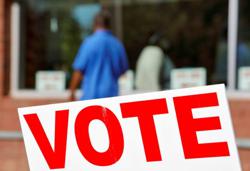 A 21-year-old from the United States is British Vogue’s youngest-ever cover photographer – and she got to shoot Queen Bey.

Kennedi Carter is a student at the University of North Carolina and has been listening to Beyonce since she was three, according to the magazine’s profile of her released on Oct. 31.

It was Beyonce herself who requested a woman of color to do the shoot for the publication’s December issue. She and Vogue’s Edward Enninful – the first black editor-in-chief of the magazine – selected Carter for her work that features the “overlooked beauties of the Black experience".

One photo featured Beyonce kicking her leg up while in a Mugler sheer bodysuit. Another cover was an overhead shot of the singer in a neon bodysuit and organza, and a third showed her in a black silk evening jacket with heart sleeves.

@Beyonce stars on three special covers for the December 2020 issue of #BritishVogue. She speaks to Editor-In-Chief @Edward_Enninful about everything from the recent racial and social justice movements, to her personal legacy and why she has finally decided to “give myself permission to focus on my joy”. Read the full interview and see the 20-page fashion extravaganza photographed by Kennedi Carter in the new issue, on newsstands and available for digital download Friday 6 November. #Beyonce wears all @MuglerOfficial. Photographed by @InternetBby and styled by @Edward_Enninful with hair by @JawaraW and colourists @Rachel_Bodt and @ShirleyGHauteHair, make-up by @FrancescaTolot, nails by @OhMyNailsNYC, set design by @StefanBeckman and lighting direction by @_Wordie. With thanks to Beyoncé’s personal stylist @ZerinaAkers, her tailor #TimWhite and publicist @YvetteNoelSchure; Parkwood Entertainment creative director @KwasiFordjour and creative producer @LaurenLaLaBaker; Satellite414 founder @CarlitoF8; @TravisKiewel and @RobFamous for @ThatOneProduction; and Vogue entertainment director-at-large @JillDemling.

The photo shoot took place in a studio and the Formation singer’s Hamptons home over two days in August. After meeting the pop icon, Carter said she went home and slept. "It felt like it didn’t happen," Carter said.

She added: "I thought I wouldn’t be able to do something at this level unless I was older, with many years in the game. This is for people at the pinnacle of their careers.

“It’s really amazing that she’s using her influence to be able to give young artists this experience, and allowing their voices to be heard. She’s opening the door for others.”

She takes the title as the magazine’s youngest cover photographer from David Bailey, who was 23 when he shot the February 1961 cover with Enid Boulting. – Philippine Daily Inquirer/Asia News Network 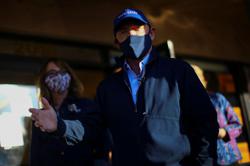