Despite the controversies swirling around him, Rhee Keun is still active on social media. Photo: Rhee Keun/Instagram

Rhee Keun, also known as Ken Rhee, once again came under fire after being accused of allegedly being convicted for violence back in 2015.

YouTube content creator Kim Yong-ho on Tuesday claimed that Rhee, popularly known as “Lt. Lee, ” was charged with battery in 2015, while he was drunk.

This is the third time that Rhee‘s past has been put under scrutiny since he gained popularity for appearing on the YouTube variety show Fake Men as “Lt. Lee, ” high-profile training instructor. Rhee, who served in Korea’s Navy Special Warfare Flotilla, the Korean equivalent of the US Navy Seals, made inroads into the terrestrial TV networks, appearing on major entertainment programs, including MBC’s talk show Radio Star.

At the beginning of this month, Rhee was hit by a debt scandal after a man accused Lee of not paying back 2 million won (RM7,240). This incident was settled after Lee and the man both stated that they meet in person and resolved the debt issue, saying there had been a misunderstanding between the two.

However, Rhee once again became embroiled in controversy following an allegation that he was convicted for sexual assault in 2018. Rhee, on Tuesday, acknowledged that he was fined 2 million won, after being convicted of grabbing a woman’s bottom. But he claimed that he did not commit any sexual crime and had appealed the court’s ruling to prove this, which was dismissed. The court at the time said it was rejecting the appeal due to the gravity of the crime and also the fact that the victim was not willing to forgive Rhee.

Kim also raised suspicions about the document that Rhee posted on Instagram on Monday as proof of his stint at the UN. An earlier video by Kim had raised questioned about Rhee’s career record.

With Rhee finding himself in a string of controversies, some advertisements that feature Rhee have been taken down by the advertisers.

After the debt scandal broke out, KB Savings Bank removed a poster including Rhee posted on the company’s Instagram account.

Despite the controversies swirling around him, Rhee continued using his social media account, posting a photo of himself enjoying a drink with a cat on his lap slightly past midnight on Wednesday (Oct 14). – The Korea Herald/Asia News Network 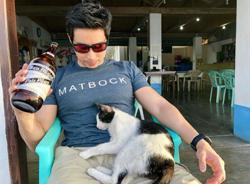 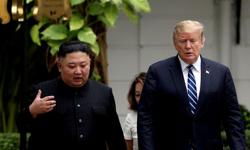