'Jelaskan' was written by Sandra last year and recorded last May. Photo: Handout

Sabahan singer Sandra Dianne lives on in her music with the release of a posthumous single, Jelaskan.

The 25-year-old died on Sept 11 after being treated in the intensive care unit for six days for injuries sustained following a car accident.

"As the management company of the late Sandra Dianne, we've decided to share this song which meant a lot to her," said Sony Music representative Vea Norman in a statement.

She elaborated on the song's message: "This song is about a love that ended midway. The lover decided to walk away without so much as an explanation."

Vea also shared that Sandra had written the song some time last year and recorded it last May.

"The recording process took quite a while because of the movement control order (MCO). The music arrangement was done in Kuala Lumpur and the vocals were recorded in Sabah.

"But because our production team wasn't satisfied with the recording quality, we had to wait for Sandra to return to KL to re-record it. She recorded it again and again until she got the emotions of the song just right," she said, adding Sandra had Billie Eilish's style in mind when delivering Jelaskan.

Sandra was in the midst of competing on Season Three of the reality singing series, Big Stage, when the tragic accident happened.

The pre-recorded track was meant for release after Sandra completed the competition. 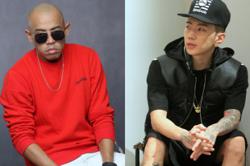