In 'Julie And The Phantoms', Madison Reyes plays a girl who loses her love of music when her mother dies. Photo: Handout

High School Musical (2006) was not just one of the most successful Disney Channel original movies, it was also a cultural phenomenon.

And it launched the careers of stars Zac Efron and Vanessa Hudgens, whose characters were a nod to Romeo and Juliet.

So expectations are high for the newest project from Emmy-winning director Kenny Ortega: the teen musical series Julie And The Phantoms (available on Netflix).

To carry the show and sing its radio-ready tunes, choreographer and producer Ortega - who choreographed the films Dirty Dancing (1987) and Ferris Bueller's Day Off (1986) - cast an unknown with no professional experience singing or acting.

Madison Reyes plays Julie, a girl who loses her love of music when her mother dies, then rekindles it when she meets the ghosts of three young musicians and forms a band with them.

In an interview from her home in Pennsylvania, in the United States, the 16-year-old talked about how she landed the plum part, which Ortega wanted to be played by a Hispanic actress.

Casting directors sieved through 700 auditions from around the world, looking for a girl who could sing, act and dance, but still felt relatable.

Madison chuckles when she looks back on the audition process because of how green she was. Yet she sailed through despite being new to it all, unlike most of those vying for the role.

"I was 14 and the youngest girl there. And some of them had gone through a lot of callbacks (for the audition)," she says.

"For me, there was just one after I sent them my audition clip, which I didn't even know how to do properly. After a few days, I got a call saying, 'Hey, we'd love for you to come out to Los Angeles for a callback.'"

She remembers being in the room with the other girls. "They were asking if I came out to audition for pilot season. And I was, like, 'What is that?' I was just so inexperienced."

Madison also had to act and sing with different combinations of actors auditioning for the ghosts' roles to see if she had chemistry with them.

And, despite looking and sounding like she had spent years performing, she has had no formal training.

"The only professional help I had was when I started this process," she says. "Our vocal coach had so much patience and was such a great teacher, and my vocal range is so much higher than it was before. Sometimes, I can't believe I am actually hitting those notes.

"And I had a lot of help with playing the piano because I was self-taught," she adds.

But the actress feels she ultimately got the job by being herself. "There are only so many things you can learn in school. With this role, it was based more on rawness.

"I didn't have any skills, so I guess it was just me being myself. Because that's all I really had going for me when I went to the audition."

Once she landed the part, the actress turned to Ortega for support whenever she was unsure about a scene.

The two also extensively discussed the importance of the character's ethnic background and how that informs the story.

Says Madison, who is of Puerto Rican descent: "The thing we talked about the most was Julie's culture. I'm 100% Latino American and when I was growing up, I always wanted to see that correct representation."

As the show progresses, the character's "love for herself grows and so does her love for her culture".

In the second season, which has just been announced, Madison hopes Julie, like some of her family members, will have a few lines of Spanish dialogue.

For now, she says, it is enough that the show acknowledges the characters' culture with everything from the food they eat to the artwork in their home and Julie's jewellery. 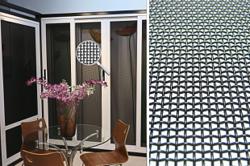