Sushant Singh Rajput, 34, was found dead at his residence in Mumbai on June 14. Photo: AP

India's federal investigative agency will probe the death of a Bollywood actor, its top prosecutor said on Wednesday (July 6), the latest twist to a murky case that was reported as a suicide and has dominated Indian social media for over a month.

Sushant Singh Rajput, 34, was found dead at his residence in Mumbai on June 14 which police termed an "accidental death". Local media said he was found hanging from the ceiling and described his death as a suicide.

His family had also asked for a federal investigation into the factors leading to his death, and a tug-of-war between two state governments over the matter has muddied the waters more.

On Wednesday, Solicitor General Tushar Mehta told the Indian Supreme court that the federal government had approved a request from the government of Bihar, Rajput's home state, to turn the inquiry over to the federal investigation agency (CBI).

The state government of Maharashtra, of which Mumbai is the capital, had refused to transfer the case to the CBI from local police, saying it did not warrant a federal inquiry.

Bihar, where Prime Minister Narendra Modi's Bharatiya Janata Party shares power with an ally, is set to go to polls later this year, while Maharashtra, India's richest state, is ruled by a coalition of three opposition parties.

Rajput, a TV actor who came from a middle-class family, was a rare outsider who found success in Bollywood, an industry known for being insular and long dominated by several families.

In the days after his death, several industry insiders, including actress Kangana Ranaut, accused Bollywood of pushing Rajput to the emotional brink by denying him acting opportunities. – Reuters 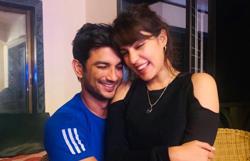