Duffy recently opened up her traumatic experience being kidnapped, drugged and raped in 2010. Photo: Filepic

The film has prompted Welsh pop artist Duffy to write an open letter to Netflix's chief executive officer Reed Hastings, asking for the movie to be removed from the streaming platform.

"365 Days glamourises the brutal reality of sex trafficking, kidnapping and rape," Duffy wrote in an open letter, obtained by Deadline. "This should not be anyone's idea of entertainment, nor should it be described as such, or be commercialised in this manner."

The singer, whose full name is Aimee Ann Duffy, recently opened up her traumatic experience being kidnapped, drugged and raped in 2010.

"365 Days has brought great hurt to those who have endured the pains and horrors that this film glamourises, for entertainment and for dollars. What I and others who know these injustices need is the exact opposite - a narrative of truth, hope and to be given a voice."

Based on Blanka Lipinska's best selling Polish novel 365 dni, the movie centres around a mafia boss (Italian actor Michele Morrone), who kidnaps a young woman (Polish actress Anna-Maria Sieklucka), and gives her 365 days to fall in love with him.

Featuring plenty of nudity and sexual scenes, Netflix has given the movie an R21 rating.

According to USA Today, the film's popularity has astounded film critics. A review of the movie by American magazine The Atlantic said that the film "defies nearly every rule of good filmmaking," while Variety magazine's critic Jessica Kiang described the movie as "thoroughly terrible, politically objectionable, occasionally hilarious".

Aside from the bad filmmaking, many have criticised the film's controversial plot, saying that it glorifies kidnapping, rape culture and Stockholm Syndrome, which is a psychological response that happens when hostages or abuse victims bond with their captors or abusers.

More than 50,000 people have signed a petition calling for the movie to be removed from Netflix.

"These scenes are being watched by millions of impressionable teens and young adults wanting to learn about intimacy," the petition says. "Except this isn't intimacy, this is an assault served to us on a silver platter." – The Straits Times/Asia News Network 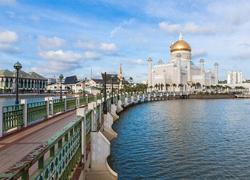