Charlie Puth took to Twitter on Sunday (July 5) to make an impassioned plea to BTS fans to back off what he calls a "dangerous, toxic internet screaming match between 'fandoms'."

The singer-songwriter was responding to fans of the BTS Army, as the K-pop group's legions of followers are known, who seemingly spammed several of his TikTok posts with comments teasing the singer. "Remember when you used Jungkook for clout?," wrote one, referencing the 22-year-old BTS member. Other posts claimed Puth used BTS for "fame."

The beef confused Puth, who had performed a duet of We Don't Talk Anymore with Jungkook at the MBC Plus X Genie Music Awards in 2018. He praised the group's talent and pleaded for a truce.

Wrote Puth: "I don't usually pay any mind to things like this, but something has to be said .... I'm 28 years old, so it doesn't really mean anything to me when some person I don't know writes a nasty message to me saying things like 'I used BTS for clout.' I don't know what that means – I love those guys and they are super talented." His message was retweeted 10,000 times within three hours.

Noting how such comments could affect those struggling with mental health and bullying, Puth added: "What I do know is that 10 years ago, language like this directed towards me would've affected me deeply in a very negative way. And I'm thinking about all the other younger kids on twitter seeing stuff like this on a daily basis."

In conclusion, he wrote: "It may sound cliche, but please be nicer to each other on here. No more screaming about made up nonsense. It does nobody any good. We all need to love each other MORE THAN EVER RIGHT NOW."

I don’t usually pay any mind to things like this, but something has to be said. This dangerous, toxic, internet screaming match between ‘fandoms’ has to stop. I’m 28 years old, so it doesn’t really mean anything to me when some person I don’t know writes a nasty message to me...

BTS' Twitter fans reacted with some confusion, citing a difference between the group's Twitter and TikTok fans.

"Hi Charlie," wrote fan Melodymostly2. "I apologize on behalf of the mature ARMY. This is so embarrassing and thank you for being mature about this topic against you. Hope that you still have good eyes towards BTS. The fan doesn't reflect their artist 100% which i'm sure u understand. Thank you and be happy."

With BTS' 2020 stadium tour postponed due to the coronavirus, the group – which is comprised of members RM, Jin, Suga, J-Hope, Jimin, V and Jungkook – recently live-streamed its own Bang Bang Con: The Live event. The intimate presentation included a 14-song setlist that paid homage to BTS' seven years together, from the group's earliest recordings (2014's rap ballad Just One Day) to selections from its current hit album,Map Of The Soul: 7. – Reuters 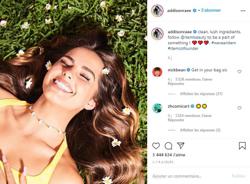