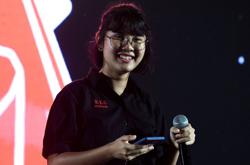 In 'Stargirl', Bassinger plays a high school student by day and a superhero by night.

Actress Brec Bassinger knows what it feels like to be bullied.

“I definitely had some experiences with like the typical mean girls, ” she opens up in a video call with StarLifestyle from Los Angeles.

“But that being said, I’m grateful for those experiences because I feel like I have a better understanding when people say that (they’ve been bullied). I could be more compassionate and empathetic towards them.”

Perhaps it even helped her embrace her role as Stargirl – a high school student by day, a superhero by night – on the TV series of the same name.

Based on the DC Comics character, Courtney Whitmore (Bassinger) and her family have just relocated to the quaint town of Blue Valley, Nebraska.

On her first day at school, Courtney is relegated to the “losers table”, where she is joined by other students who struggle to fit in.

She tries to befriend them and even helps defend one of them from a bully.

“At the time, it was really hard. But in hindsight, I feel like those experiences are what made me who I am today, ” the 21-year-old reflects on her past encounters with bullying.

In Stargirl, not only does her character stand up against high school bullies but a world of supervillains. 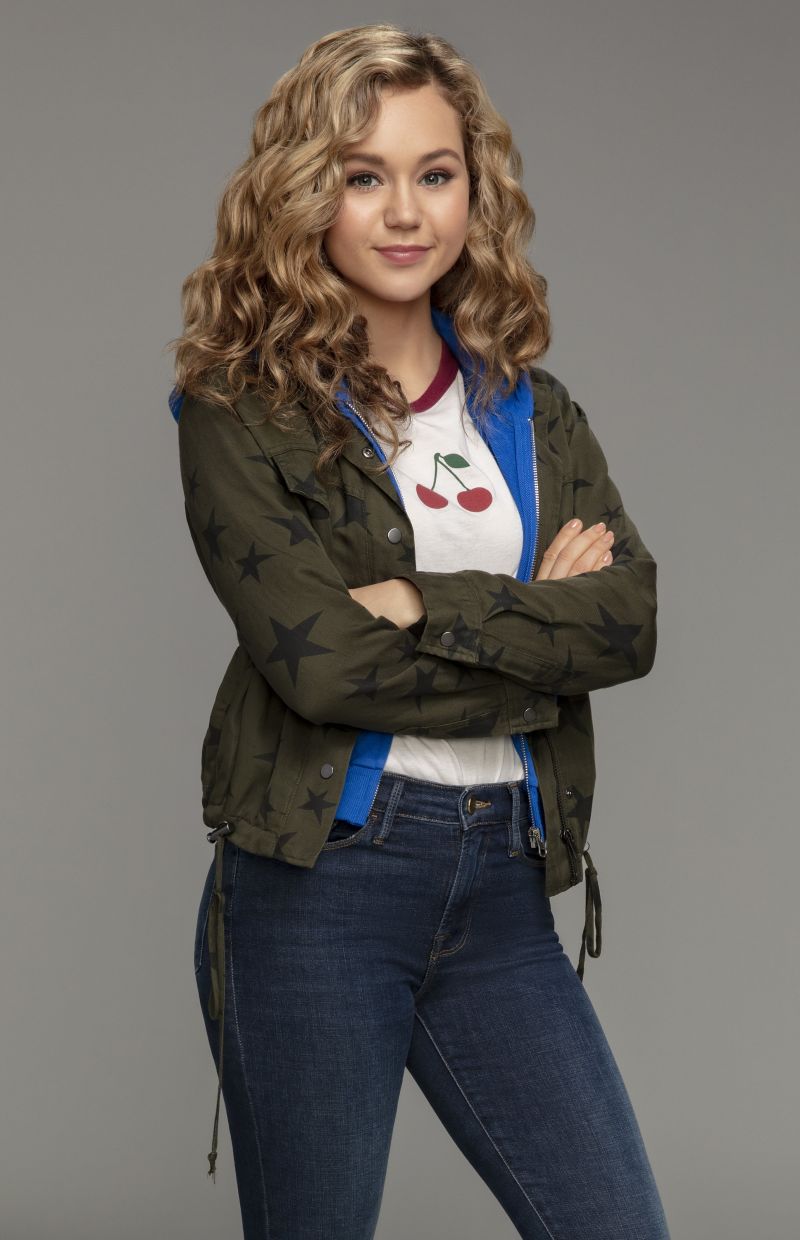 Prior to 'Stargirl', Basinger starred in the 2015 Nickelodeon series, 'Bella And The Bulldogs'.

In a dusty basement, Courtney discovers a powerful, flying staff which once belonged to Starman, a superhero who died battling a group of supervillains 10 years ago.

The Cosmic Staff, which only comes to life in the hands of its rightful owner, surprisingly awakens in Courtney’s hands.

The same supervillains who killed Starman catch wind of this, prompting them to mount an attack on the staff’s new teenage owner.

Bassinger talks about the challenges of working with the anthropomorphic staff.

“The Cosmic Staff is a great scene partner, but it’s not a normal scene partner. (In reality), I’m just holding a pole that doesn’t move, doesn’t do anything.

“So in the beginning of filming, (creator) Geoff (Johns) was always reminding me that that thing has energy, it has reactions and I should react to it. So I definitely had to get used to that... I feel like I have a new skill in my pocket now that I’ve done that.”

Bassinger also shares her background as a competitive cheerleader and a gymnast helped her with some of the show’s stunts.

“They enrolled me in an intensive stunt training camp where I worked on the staff, ” she talks about preparing for the role. “I also trained on wires for scenes which required my character to fly.”

While it seems Bassinger was made for the role, the actress says she differs quite a bit from her character in real life.

“One of my favourite parts about Courtney is, she has this childlike optimism which is great, though it gets her into trouble sometimes. For me, I’m very much an over-thinker. I am so indecisive, ” she says.

Bassinger's background as a competitive cheerleader and a gymnast helped her with some of the show’s stunts.

Actors Stephen Amell and Grant Gustin flew mostly under the radar until their lead roles on Arrow and The Flash respectively catapulted them to fame.

Asked if Bassinger – who began her career on the 2015 Nickelodeon series, Bella And The Bulldogs – was ready for the new level of fame the show may bring her, she replies: “The idea of fame has always been kind of weird to me. I never got into acting to be famous. Acting was a creative outlet for me.

“But at the same time, fame means people enjoying your work, which, as an artiste, that’s all I could want. For my work to make people smile.

“So I would feel very blessed and grateful (for the fame) because I think that means people like (my work).”

There has been an influx of superhero-based TV shows in recent years, with a few more premiering in the coming months. Despite that, Bassinger is confident the show will find its audience.

“I think something that makes Courtney unique is the fact that she’s balancing being a superhero and being in high school.

“A lot of the other superheroes are already in their adulthood whereas Courtney is still very much figuring herself out and who she wants to be.

“So I think that makes her really special and relatable, ” she adds.

Bassinger is also unfazed by the possibility of superhero fatigue, in which audiences begin to lose interest due to an oversaturation of superhero-themed films and TV shows.

“I don’t think that will happen because if you look at the box office (numbers) for superhero films, they exceed everything.

“And with Stargirl, not only is it a superhero show, it has that coming of age aspect to it as well, which will appeal to people who may not even like superhero stuff. So I don’t think Stargirl is in any trouble, ” she reasons.

In fact, Bassinger believes the show could just be what viewers need during these uncertain times.

“Clearly, 2020 has been a very hard year for a lot of people, and I think Stargirl brings, like what I said earlier, this child-like optimism. I think our world needs a little bit of that right now.” 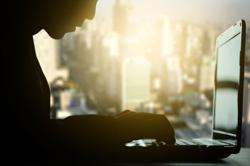 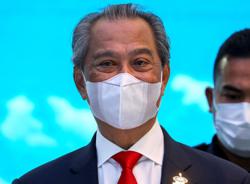