It seems like it was only a matter of time that Bryce Dallas Howard – the first child of actor-turn-director Ron Howard – would follow in daddy’s footsteps as a filmmaker one day.

What is surprising, though somewhat apt, is that she makes her directorial debut with a documentary about fathers.

The Jurassic World actress, who shares a close relationship with Ron and often talks about him fondly in interviews and talk shows, gets behind the camera for Dads – an 81-minute feature that celebrates the joys and challenges of being a father in today’s world.

Despite Dads sounding like a fateful endeavour for Howard, according to her, the film came to her out of nowhere.

“I went in for a meeting, not knowing much other than they (the producers) wanted a documentary about modern fathering, ” recalled Howard during a video interview with international journalists.

At that meeting, the actress said she learned more about what it’s like to be a father today... things such as “the contradictions, the complexities and the ways in which a society is actively undermining fathers.” 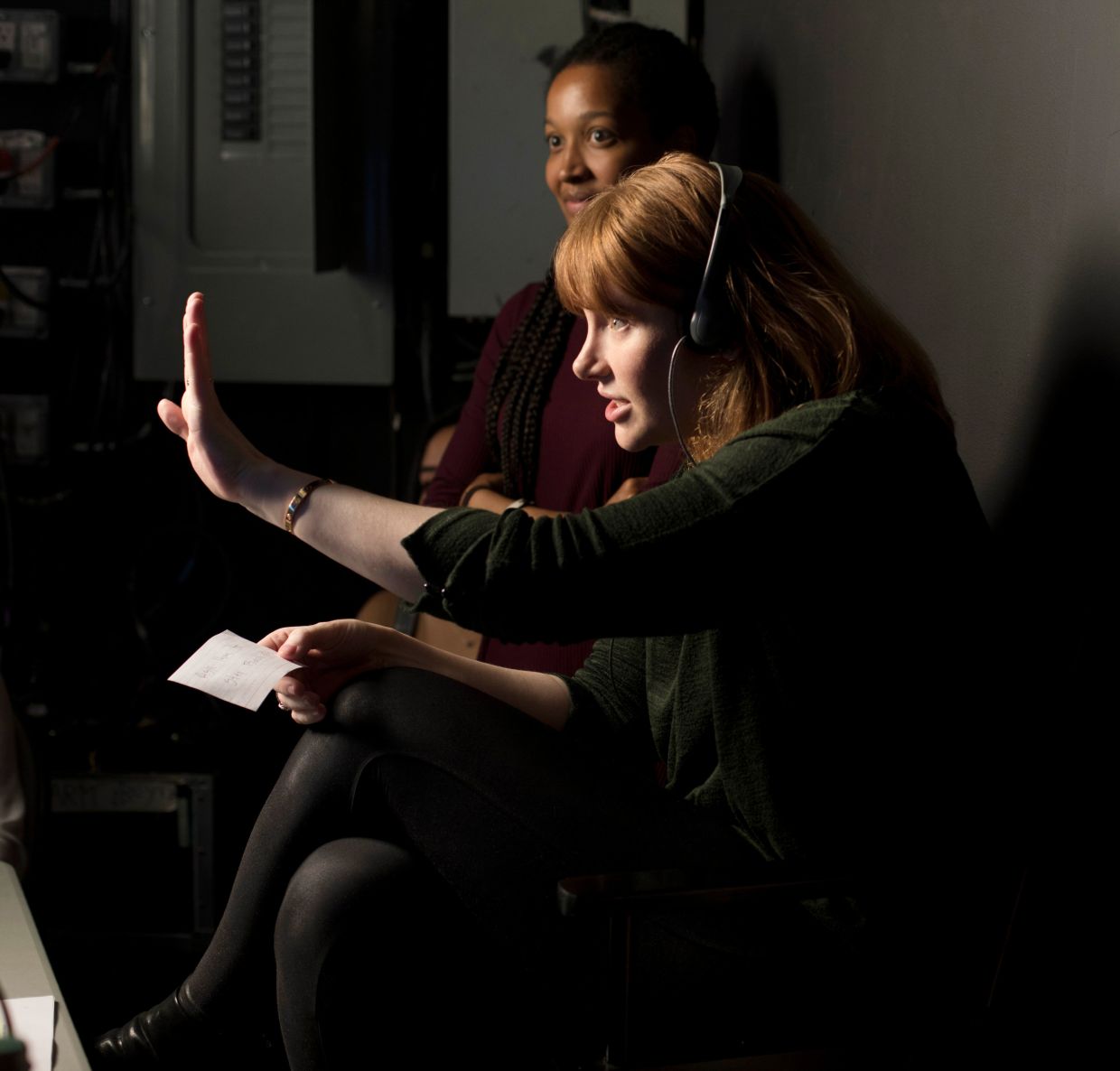 Bryce Dallas Howard wanted to interview comedians for 'Dads' because she knew they could quickly talk about their experiences in a way that's universally entertaining.Naturally, this daddy’s girl – who is a product of an unconventional family – was immediately keen to direct the documentary and even came up with a blueprint on how she was going to do it.

(Being the third generation of a Hollywood family, Howard’s upbringing included spending time on movie sets, getting to be an extra on dad’s movies, and sometimes being babysat by a family friend named Tom Cruise. And her godfather happens to be Henry Winkler, with whom Ron acted with on Happy Days.)

Howard launched into what happened at that initial meeting: “I just got really fired up in that conversation. I instantly said, OK, so if it’s about modern fathering it’s a comedy – it must be – and I want to interview stand up comedians.

"And I want to investigate the daddy blogger community, find fathers who are part of that community, because they’re already comfortable with a camera, they’ve shot their own footage so there would be kind of a shorthand (in) sharing their stories and their families’ stories.” 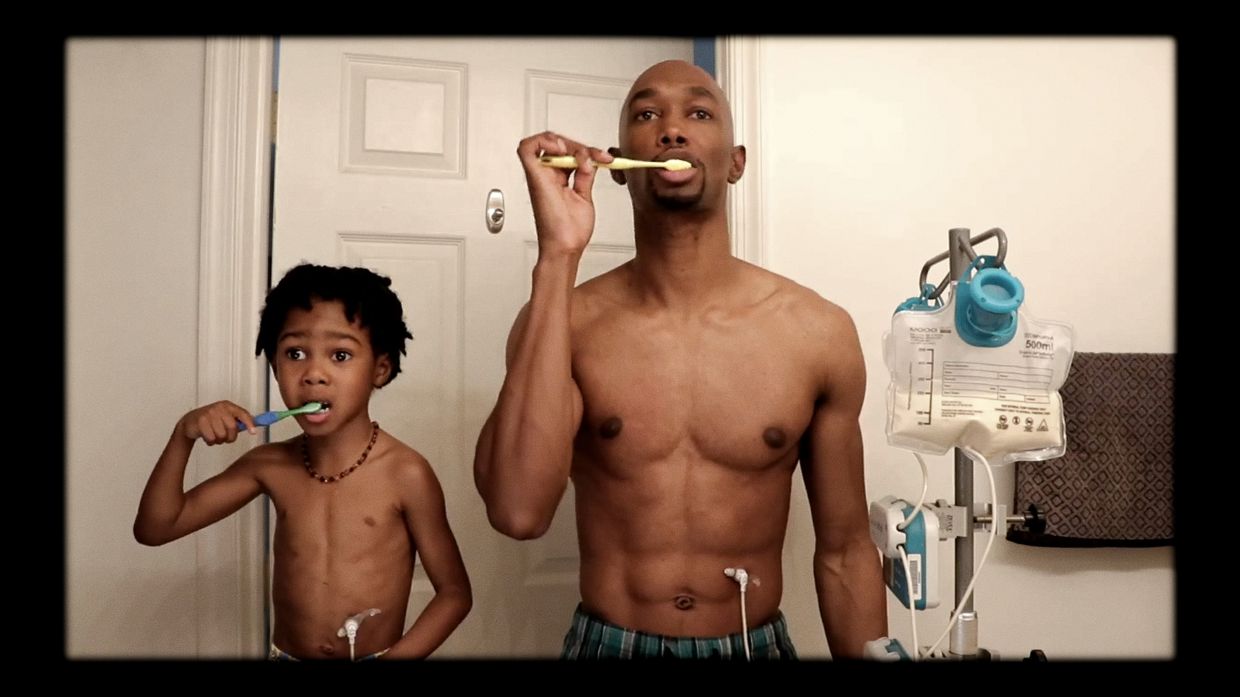 Although it was a bumpy ride in the beginning for dad Robert Selby, he and his son became inseparable. Dads showcases six fathers from around the world – the United States, Brazil and Japan, among them – telling their stories about being a parent, either as a full-time stay-at-home father or a working dad.

Each of these men look back on their fatherhood experiences. Their segments are also accompanied by videos or photos capturing their trials and tribulations as a father – the good, the bad, and, sometimes, the downright hilarious moments.

Between these ordinary men’s stories too, Howard has included celebrity fathers like Judd Apatow, Jimmy Fallon, Neil Patrick Harris, Ken Jeong, Jimmy Kimmel, Hasan Minaj, Conan O’Brien, Patton Oswalt and Will Smith reminiscing about their own experiences as a parent.

There are entertaining anecdotes from these famous dads, and some deep insights as well.

For example, one of them wonders if he is a good parent or a bad parent, while another is afraid his kids may need therapy one day because he doesn’t know what he’s doing half the time. Will Smith is one of the actors interviewed in Dads. Photo: AFPCompleting Dads’ running time are intimate footage from the Howards’ trove of home videos – Ron and his wife, Cheryl, documented their pregnancies on VHS, including the children’s birth videos.

There are also conversations the 39-year-old Howard has with her grandfather, Rance, her father, Ron and her younger brother, Reed.

All of these would lead the audience to easily conclude that the older Howards have definitely given the younger Howards a stable and loving environment for them to grow up in.

“A big part of my family’s story is that my grandparents were just awesome, awesome parents. Awesome," confirmed Howard.

“And the relationship between my dad and my grandfather was one where my dad – and this comes up in the movie – honestly, his greatest fear was that he would never be as good a father as his own father.

“And it was really interesting to see that my brother had those same anxieties.” 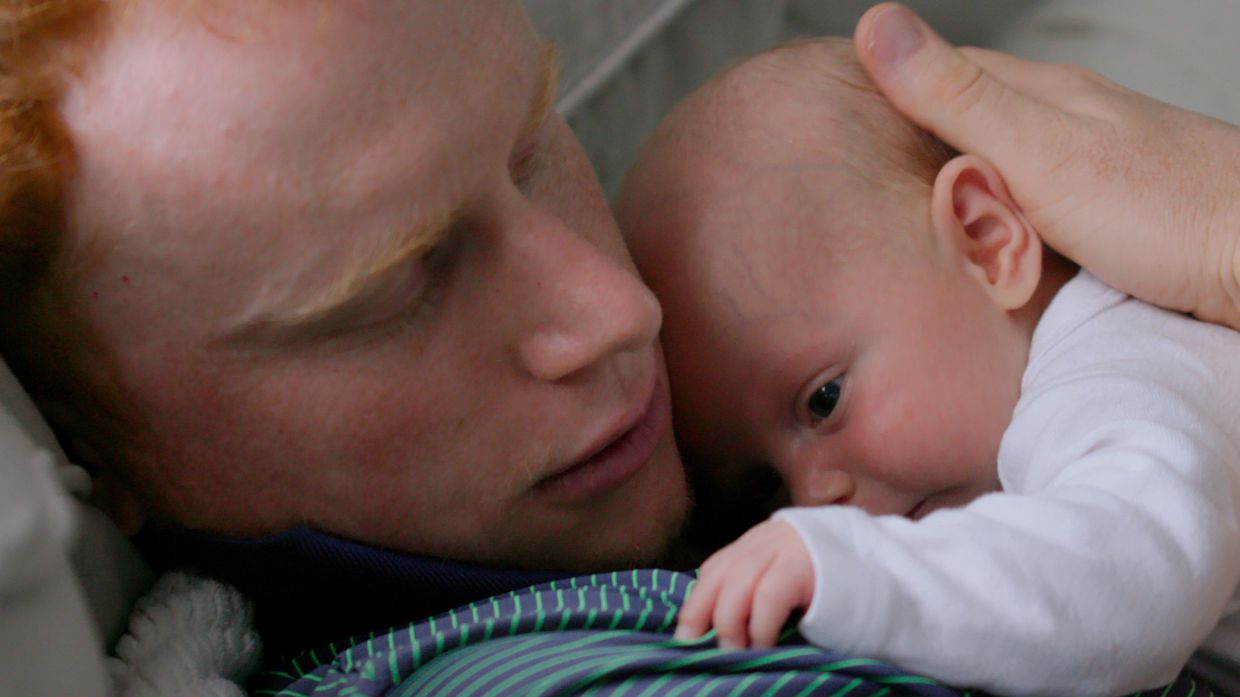 Reed Howard spending time with his newborn daughter.But including her own family into the documentary wasn’t part of the original plan.

The down-to-earth Californian elaborated how the three male Howards came into the picture of Dads.

“I suggested, during the meeting, I was like, ‘You know, I shot some footage of my grandfather a few years ago... maybe I could incorporate his interview?’ And my dad, straight up, was like, ‘No!’ He was like, ‘No, no, no, this can’t be personal. No.’

“I heard him and I understood it. But then when we were actually filming, I kept saying, we need an expecting father. We need someone who isn’t a dad yet and we need to see him become a dad.

“And during filming, about halfway through, my brother and sister-in-law shared that they were pregnant with their first kid. So, Dads then became a much more personal movie.”

She continued: “In a way, it started off as a documentary feature that I was like, ‘Wow, OK, so this is my feature debut. I never would have expected this.’ Then, it became, accidentally, more and more personal.

“Now I’m in this place where I’m like, ‘Oh, this is sort of oddly maybe appropriate.’ Like maybe, I don’t know, I needed to get it out of my system. Because, I love my dad, you know, ” she explained with a laugh.

“It’s a project that I just feel so grateful to have had the chance to be a part of.” 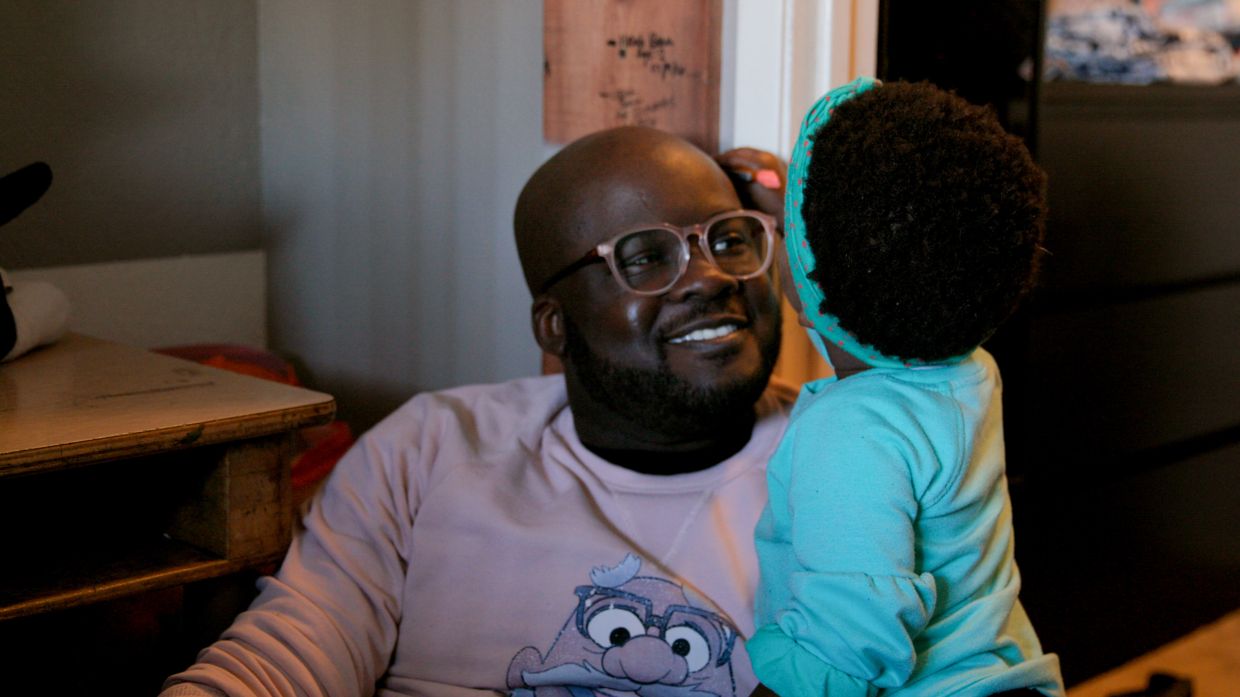 Glen Henry with his daughter.Howard says she felt privileged that all of the featured fathers in the documentary opened up to her, trusting her with their stories.

There are more than a few of them who get emotional talking about this life-defining experience, including Ron.

With that kind of honesty, it’s little wonder Howard described that every single interview was “incredibly refreshing and, also dazzling. There were quite a few stories that really stood out to me that were things that I would never have expected”.

One extraordinary father is Glen Henry, an African American stay-at-home dad of three who went from not knowing anything about taking care of his little ones to becoming a competent parent.

When he took on the role of the carer – while his wife went to work – Henry also started sharing his daddy duties on the YouTube channel Beleaf In Fatherhood with the hopes to change the perception that black men are scary figures.

Another wonderful story in Dads comes from Shuichi Sakuma, who reveals a touching tale of how becoming a dad saved him. Sakuma concludes his interview by thanking his son for being born. Shuichi Sakuma and son.From Dads tagline “You got this. Even when you don’t”, Howard hones in on the fact that nothing prepares a person in how to be a good parent.

Grouped as one narrative, Howard gets to challenge the traditional take on fatherhood – that they’re expected to be away at work, earning money, and leaving all the children matters to the mum.

Here too, she got to acknowledge that her father is no ordinary dad either – as he didn’t have a 9-to-5 job, it allowed him to be an ever present figure in her life.

Howard said: “Interviewing folks in this documentary, it seemed to me that fathers sort of fell into one of two categories. 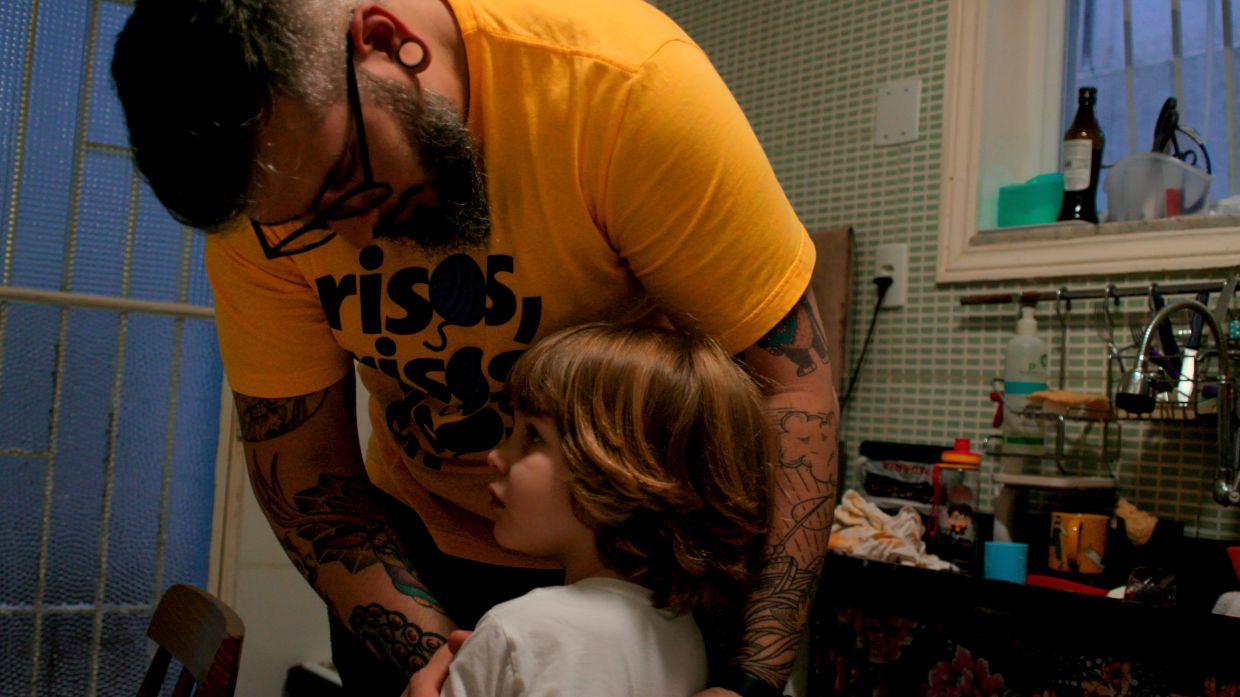 Thiago Queiroz and son.“Either they – and this is obviously a gross generalisation – are fathers who wanted to emulate what they had experienced themselves with their own childhood and their own parents and fathers, or they wanted to never repeat one variance in their childhood.”

The mother of two confessed that she herself falls into the former group as a parent.

“But, I always just felt like I was treated like an equal – not in a way where I was being bratty, as I was disciplined for sure – but, just as a mind, as a spirit, as a human being, I felt valued.

“He would ask my advice all the time, even when I was super little. And I try to do that with my kids as well. Just so that they feel heard and seen, and are a part of the family in a way that is not passive.”