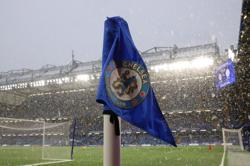 Add this to the list of pandemic-themed shows like Contagion, Outbreak and 28 Days Later. This Brazilian series sees high school students in a rural town swept by a mysterious infection that spreads through kissing. Starring Caio Horowicz, Iza Moreira and Michel Joelsas.

For fans of horror, particularly the Ju-On film series, it’s time to let out your screams! The TV adaptation of the film franchise is finally here.

Set before the events of the films, Origins follows a paranormal researcher’s quest to uncover a cursed home, where a terrible fate befell a mother and her child. Starring Yoshiyoshi Arakawa, Yuina Kuroshima and Ririka.Ju-On: Origins premieres July 3 on Netflix.

There have been many reality competitions in search of the next K-pop sensation in the past. I-Land is geared towards the same objective but the format of the competition, which is shrouded in secrecy, promises something viewers have not seen before.

All we know is a group of contestants will live inside a sleek-looking building located in a forest. Here’s the baffling part: at the heart of the building is a giant egg-like contraption which has a part to play in the competition. No idea what this show is about? Well, neither do we.

Twin sisters Mu Jin and Jin Xiu were just kids when they were sold to the wealthy Yuan family as slaves. The girls meet three other children who empathise with them.

The challenges hurled at them only works to strengthen their friendship. Mu Jin harbours the hope to take down her oppressors one day. This 60-episode Mainland China series stars Yu Xiao Tong, Mao Xiao Hui and Guan Zhi Bin.

The Twin Legend Flower is available on dimsum entertainment.

Forensic criminologist Lincoln Rhyme is left paralysed during his pursuit of a legendary serial killer, the Bone Collector. But Lincoln will not give up until justice is served. He comes up with a creative solution to track the killer down without needing to leave his bed.

His partner, rookie cop Amelia, wears a vest with multiple cameras and a mic attached to it. This allows Lincoln to investigate every crime scene Amelia goes to, as if he were there himself. Starring Russell Hornsby and Arielle Kebbel.

A young woman, played by Brittany O'Grady, faces various professional and personal challenges as she attempts to make her mark in the music scene in New York. All of the series’ original compositions are written by Brave hitmaker Sara Bareilles.