Country trio Lady Antebellum changes its name to Lady A

(From left) Charles Kelley, Hillary Scott and Dave Haywood of Lady Antebellum, which has now changed its name to Lady A. Photo: TNS

Lady Antebellum is now Lady A.

The popular country trio announced Thursday morning that it is dropping "Antebellum" – a word widely understood to refer to the period before the Civil War – from its name and will officially adopt "the nickname our fans gave us almost from the start."

"When we set out together almost 14 years ago, we named our band after the Southern 'antebellum' style home where we took our first photos," the group wrote in a message posted on social media. "As musicians, it reminded us of all the music born in the South that influenced us....

"But we are regretful and embarrassed to say that we did not take into account the associations that weigh down this word," the trio continued, acknowledging the central role of slavery during the period.

"We are deeply sorry for the hurt this has caused and for anyone who has felt unsafe, unseen or unvalued. Causing pain was never our hearts' intention, but it doesn't change the fact that indeed, it did just that."

Lady A's name change comes in the wake of nationwide protests against racism sparked by the police killing of George Floyd last month in Minneapolis.

On Wednesday, NASCAR said it is banning the Confederate flag from its races, and House Speaker Nancy Pelosi called for the removal of 11 statues of Confederate figures from the U.S. Capitol.

Lady A's announcement was met on Twitter with a blend of praise and criticism.

"This is brave and bold and right," wrote one user. Another called the band's decision "a beautiful way to begin a new chapter of history."

Mickey Guyton, one of the few high-profile Black artistes in mainstream country music, responded to the band's tweet with a series of heart emojis.

But others called the decision "insane" and "ludicrous," while some wondered whether country acts like the Dixie Chicks and Florida Georgia Line would be compelled to change their names too.

In its message, Lady A said it had been inspired to act "after much personal reflection, band discussion, prayer and many honest conversations with some of our closest Black friends and colleagues."

"We understand that many of you may ask the question 'Why have you not made this change until now?'" the group wrote. "The answer is that we can make no excuse for our lateness to this realisation. What we can do is acknowledge it, turn from it and take action." – By Mikael Wood/Los Angeles Times/Tribune News Service

The Beatles refused to play for a segregated audience in 1964, says Paul McCartney

Original Lady A 'connects' with new 'Lady A', formerly known as Lady Antebellum 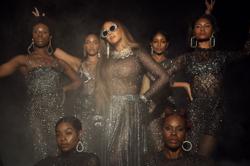