K-pop artistes who have made personal donations to the Black Lives Matter movement include (from left) Crush, Jay Park, Mark Tuan and Park Jae-hyung. Photos: Handout

Celebrities all over the world have been joining hands in a show of support for the Black Lives Matter movement.

Black Lives Matter, or BLM, is a human rights movement that campaigns against systemic racism and violence towards the African-American community. While the movement has been active since 2013, a massive resurgence in protests was sparked by the death of George Floyd on May 25.

Floyd, an unarmed black man, was arrested and pinned to the ground by police officers after he was suspected of involvement in a non-violent crime. Witness videos showed police officer Derek Chauvin kneeling on Floyd’s neck for over eight minutes. Floyd later died of a cardiac arrest “due to neck compression, ” according to the BBC.

K-pop artistes have come forward with donations to the BLM movement, with many others uploading posts to social media calling for justice.

R&B and hip-hop singer Crush has been one of the most vocal on the front. The singer voiced his support for BLM by donating an undisclosed amount to the Official George Floyd Memorial Fund, run by Floyd’s brother.

Alongside a screenshot of his donation, Crush posted an image on Instagram stating that “It is not enough to be quietly non-racist. Now is the time to be vocally anti-racist.”

In the captions, Crush noted that many K-pop artistes incorporate elements of black culture in their music.

Many artists and people around the world get so much inspiration by black culture and music including me. We have a duty to respect every race. 모든 인권은 존중 받을 권리가 있다고 생각합니다. #ripgeorgefloyd #blacklivesmatter

On May 28, Jay Park donated US$10,000 to the Black Lives Matter Global Network. In addition, artistes under Park’s agency, H1GHR Music, collectively donated US$21,000 to various organisations involved in the movement.

Park also made a lengthy and emotional post, saying that he was “sick of the same sh*t happening over and over again.

“Me being inspired by black culture, aside me having black homies, aside just as a man and a human being. To think how helpless he felt and how inhumane(ly) he was treated... to think what if that was my dad, or uncle or homie makes me sick to my stomach, ” wrote the singer.

DAY6’s Jae posted a screenshot of his $1,000 donation to the Minnesota Freedom Fund (MFF) on Twitter. The MFF is a non-profit organisation that acts as a bail fund for low-income individuals.

In addition to his receipt of donation, Jae posted a link to a collection of resources containing information about the BLM movement. The resource post also includes information on how one can support BLM, be it via donations or petitions.

Korean-American rapper pH-1 made a personal donation of US$3,000 to the Black Lives Matter Global Network, and called for change on Twitter. “I’m doing my best to help and support, ” he wrote.

The star also shared various resources on BLM, including a link to a petition which is attempting to reach the attention of District Attorney Mike Freeman so that he may bring justice to the officers involved in the case.

GOT7’s Mark is the next in the long line of celebrities who have donated to the BLM cause.

The singer made a US$7,000 donation to the Official George Floyd Memorial Fund. In the captions of his screenshot, Mark simply wrote “Stay strong, stay safe.”, followed by a link to a collection of resources on the BLM movement.

The artistes involved in music project DPR have also joined the fight for justice.

Christian Yu, also known as DPR Ian, donated an undisclosed amount to the Official George Floyd Memorial Fund. He called for his followers to do the same, captioning his Instagram story with a large “Help!” and the #BlackLivesMatter hashtag.

Rapper and singer DPR Live may be late to the party, but the star is just as outraged other netizens out there.

“I spent the whole day reading up, learning and educating myself on the recent events taking place. THIS is my response, ” he wrote on his Instagram story.

“I don’t stand for racism. Never have, never will. And this injustice that took place not only regarding George Floyd but countless other innocent black men and women needs to stop once and for all.

“Right now, the black community needs more support and more awareness, both locally (in South Korea) and globally. I urge everyone to not only educate themselves on these issues but also spread the message to their surrounding communities.

“I apologise for the absence of words, but I just felt it necessary to become fully aware and attentive to this subject before saying anything. Rest in power Mr. Floyd, ” he finished.

In an Instagram story, Loco shared that he had donated an undisclosed amount to the Black Lives Matters Global Network.

The star did not add any of his own commentary.

Multiple other K-pop stars have also added their voices to the call for justice by using their huge platforms to spread awareness on the situation. This includes Red Velvet’s Yeri, Kard’s Jiwoo, VIXX’s Ravi, former Infinite member Hoya, among others.

Unnerving time for M’sians in the US 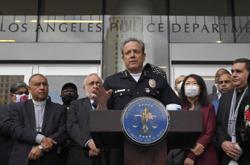 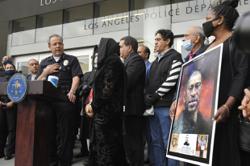