The 'America's Next Top Model' creator and former host posted an apology on Twitter after the video with her and Dani Evans went viral. Photo: Instagram/Tyra Banks

Tyra Banks has broken her silence on several clips from America's Next Top Model that have resurfaced on Twitter and have not aged well.

The major video that caused Banks to respond was from Season 6 of the show, in which she tells contestant Dani Evans that she would never become a model because of the gap in her front teeth.

"Do you really think you can have a CoverGirl contract with a gap in your mouth?" she said in the episode, which originally aired in 2006. "It's not marketable."

Evans ended up winning the season and went on modelling for brands like CoverGirl and Sephora and magazines such as Elle and Essence.

She posted a video on Instagram, explaining how the viral moment was played up for TV. She said producers hadn't told her that Banks wanted the gap in her teeth fixed, and their tense conversation was actually filmed multiple times to get it right for air.

On Friday, Banks posted an apology on Twitter after the video with her and Evans went viral.

"Been seeing the posts about the insensitivity of some past 'ANTM' moments and I agree with you. Looking back, those were some really off choices. Appreciate your honest feedback and am sending so much love and virtual hugs," she wrote.

Been seeing the posts about the insensitivity of some past ANTM moments and I agree with you. Looking back, those were some really off choices. Appreciate your honest feedback and am sending so much love and virtual hugs.

Another intense Top Model moment from season 4 had been floating around the Internet for years. It shows Banks screaming at contestant Tiffany Richardson, who tried to appear stoic and joke around after being eliminated.

"Tiffany, I'm extremely disappointed in you. This is a joke to you," Banks said. "This is serious to these girls, and it should be serious to you."

As she and Richardson began to argue, Banks became more irritated, saying "Do you know that you had a possibility to win? Do you know that all of America is rooting for you?"

In season 13, another questionable photo shoot led by Banks had the models darken their skin tones to portray different races, raising racial questions to some viewers.

Banks created the show and has hosted every season of it, except for one in which Rita Ora replaced her. Its 24th season aired in early 2018. – Reuters

What do supermodels do while social-distancing at home?

Supermodel Naomi Campbell turns up for flight in hazmat suit, goggles and mask 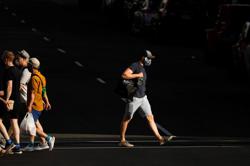 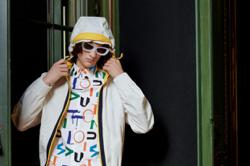