TVB's Miss Hong Kong Pageant 2020 is back on

As it turns out, the 2020 Miss Hong Kong Pageant will not be cancelled after all.

Not only that, the much-anticipated beauty pageant will now be conducted online and adopt a reality show format.

Only two weeks ago on April 7, TVB had announced the cancellation of Miss Hong Kong 2020 due to safety and logistic concerns amidst the Covid-19 pandemic.

Then on April 23, TVB executive Sandy Yu Wing San declared that the 2020 Miss Hong Kong Pageant will now be a virtual event to be shown on TVB’s online video platform, big big channel.

“Nobody has done this before. We are likely the first, ” she said during a press conference held in Hong Kong.

Yu told media members that it was decided that the pageant need not be cancelled after all as the show could be conducted online instead.

“Doing it online makes a huge difference as the whole world can participate in our Miss Hong Kong Pageant this year.

“It will be completely in online format. There will be a reality segment. And this includes the process of elimination, from early stages.”

In addition to swimwear and makeup segments, she pointed out how viewers may now observe the contestants as they go about their daily lives while taking on a variety of challenges.

“This will be a totally transformed Miss Hong Kong Pageant!” she declared.

While the details have yet to be finalised, Yu said that conducting the pageant online solved many problems and offered more options.

“This means that recruitment of crew and contestants may be done from anywhere in the world.

“While the contestants still have to be Hong Kong citizens, it will be unlike previous pageants where contestants had to come to Hong Kong and be physically here for training sessions.

“And since the early stages of the competition can be done at home, we don’t need to gather all the contestants together in one place, ” she explained.

Yu anticipates some 50 to 60 participants this year, and estimates the pageant will take two to three months, starting from the end of May 2020.

“Contestants will be required to film themselves. But we will assist them in the setup, and help them with the live streaming, ” added Yu.

As for whether the final stage of the competition will eventually be done on TV, Yu says the organisers are still mulling over it. 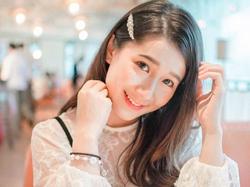 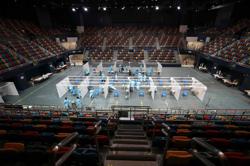