K-pop idol Kang Daniel, seen here at an event in KL last year, shocked the media last December when he announced he would be going into a temporary hiatus to seek treatment for depression and panic disorder. Photo: The Star/Faihan Ghani

K-pop idol Kang Daniel shocked the media last December when he announced he would be going into a temporary hiatus to seek treatment for depression and panic disorder.

After taking three months to recover through psychotherapy and medication, it seems the winner of Mnet's 2017 edition of the Produce 101 reality competition is ready to return to the spotlight, with a comeback scheduled this month.

On Wednesday (March 3), the 23-year-old singer posted a photo of a recording mic on Instagram, after earlier deleting all posts on his account. It was accompanied with a short but powerful caption which read: "Recording complete."

Last year was a turbulent year for the young star. After going through a stressful legal dispute with his previous entertainment agency and dealing with fans' outcry over news that Kang was dating girl group Twice's leader Park Ji-hyo, the singer took to social media to voice his distress, ending one caption saying: "Someone, Please Save Me."

In September last year, management agency Konnect Entertainment, which was established by Kang, even released a statement warning netizens that malicious comments would be reported to Seoul Gangnam Police District's Cyber Investigations Unit.

Following his first post, Kang has since been sharing lighthearted snippets of his life on Instagram, including a well received video of him dancing to Antisocial by Travis Scott and Ed Sheeran. – The Straits Times/Asia News Network 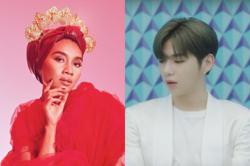 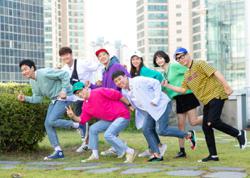 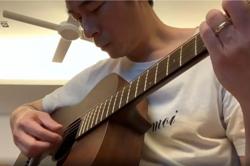