Popular South Korean boy band Exo's Chen announced on Monday (Jan 13) that he will be getting married to his girlfriend, who is said to be pregnant.

According to K-pop news site Soompi, the 27-year-old's management label SM Entertainment confirmed the news in a statement: "Chen has met someone precious to him and will be getting married. The bride is not in show business and the wedding will be held privately with only their families in attendance."

It added that Chen, whose real name is Kim Jong-dae, will continue to work hard and asked for the public's blessings for his marriage.

A source from the label also reportedly confirmed that the singer's wife-to-be is pregnant.

In a handwritten letter to fans, Chen wrote about how nervous he was to be announcing this news and hinted at a pregnancy.

He wrote: "I have a girlfriend I want to spend the rest of my life with."

Without explicitly mentioning a pregnancy, he wrote that "a blessing" came his way and that he was taken aback but could not "lose any more time thinking about when or how (he) should announce this" and summoned the courage to go public with the news.

He also thanked his fellow band members for congratulating him and fans for their love and support.

Soon after the news broke, he became the top trending topic on Twitter worldwide.

Chen debuted in 2012 as part of the nine-man group Exo, which is one of the most popular K-pop boy bands in the industry. The group recently released their sixth Korean album Obsession, which charted on the Billboard 200. - The Straits Times/Asia News Network

EXO's Baekhyun to star in a new web series 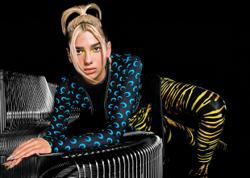 Dua Lipa is inspired by retro music in her new album 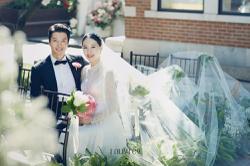