Thank you for following our Live Update of the 92nd Oscars! Stay tuned for the final report, coming soon!

Well, that's it for the live updates for what was a historic and memorable Oscars ceremony. Parasite was the big winner of the day with four awards, INCLUDING Best Picture, Best Director AND Best International Feature Film. 1917 got 3, while Once Upon A Time In Hollywood, Ford V Ferrari and Joker got 2 each.

Stay tuned for the full report coming later today. Thanks for following!

OMG how big is this. HOW BIG IS THIS. Four Oscars, first non-English film to win Best Picture.... PARASITE IS THE WINNER OF BEST PICTURE OSCAR!!!!

It was a really spread out awards ceremony, with each of the Best Picture Nominees, except The Irishman, getting at least one award each. But it's hard to argue with the winner of this ultimate prize. WOW. JUST WOW. 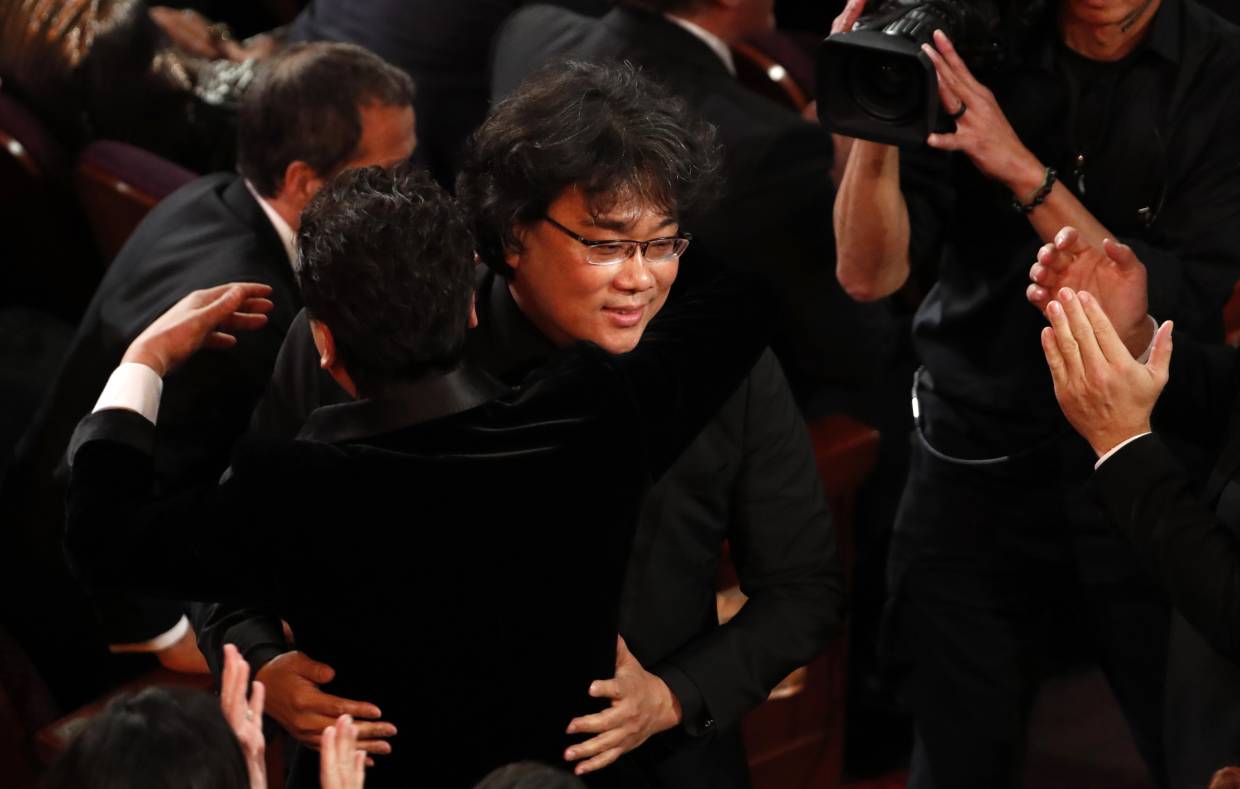 AWARD: BEST ACTOR: Joaquin Phoenix, Joker – Like there was ever a doubt.

AWARD: BEST ACTRESS: Renee Zellweger, Judy – Like there was ever a doubt. 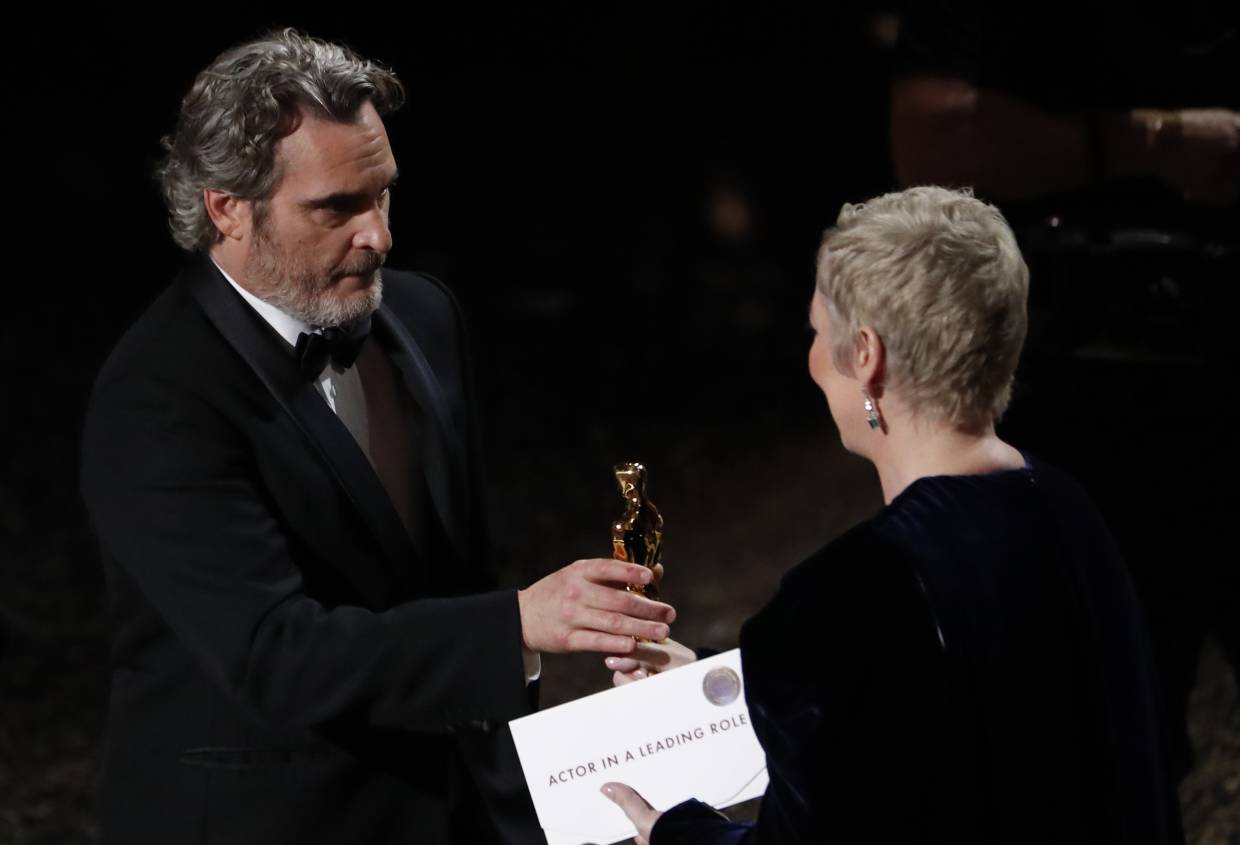 BEST INTERNATIONAL FEATURE: Parasite – It would have been a travesty if Parasite hadn't won this award. But let's hope it goes one more level up and take Best Picture too!

Wow, that was a shock. We'd expected the blockbusters to take the Visual Effects award, but 1917 just crushed Thanos, Simba, AND Emperor Palpatine! And also, Bombshell really did drop a bombshell!

So, two awards each for Once Upon A Time In Hollywood, 1917 and Ford V Ferrari now. It's been pretty spread out so far.... So, all the Best Picture nominees except for Joker has at least one Oscar now, with Once Upon A Time In Hollywood getting two so far. Joker will probably win at least one for Joaquin Phoenix's performance, but we're not liking its odds for Best Picture.

AWARD: BEST DOCUMENTARY (SHORT SUBJECT): Learning To Skateboard In A Warzone (If You're A Girl)

And Laura Dern gets her deserved first Oscar for her stunning performance in Marriage Story! 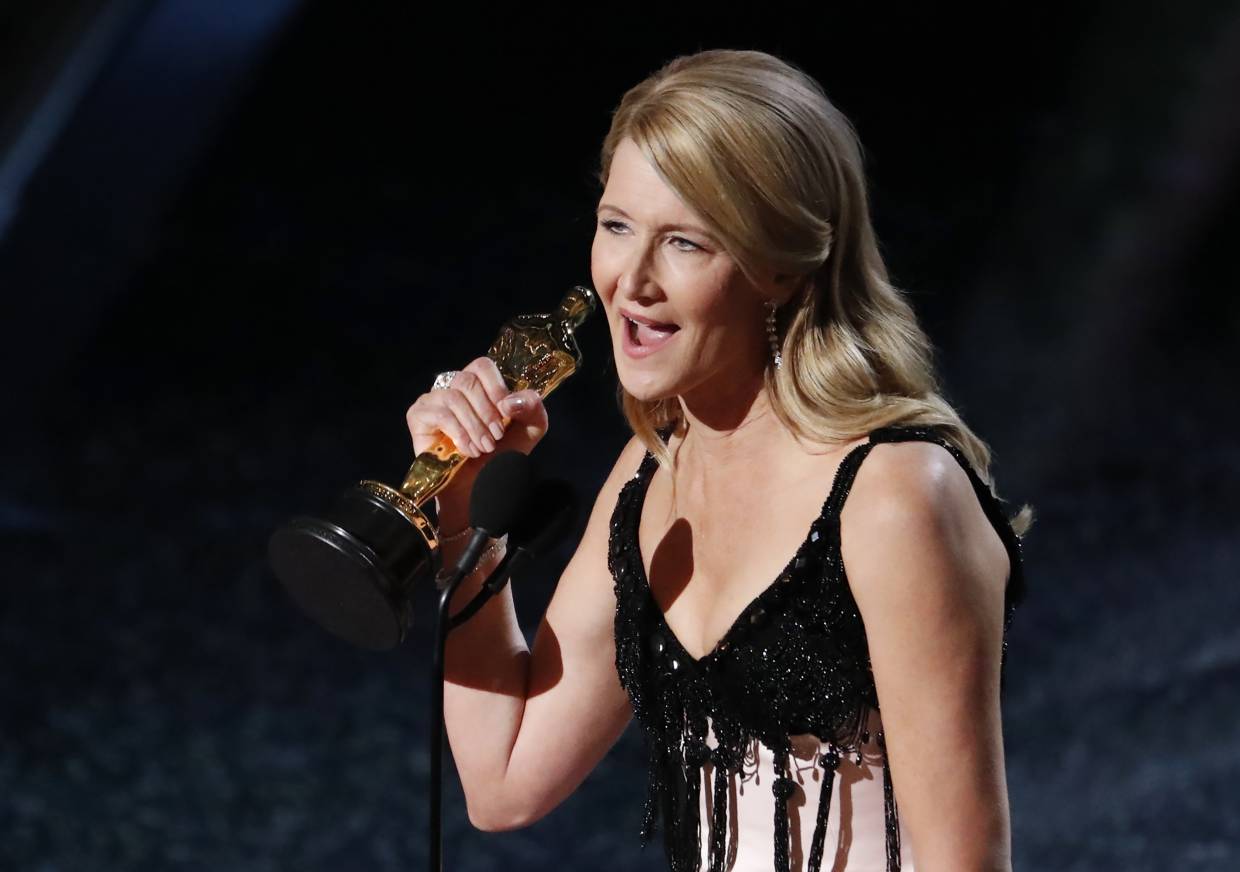 AWARD: BEST PRODUCTION DESIGN: Once Upon A Time In Hollywood

So far the awards seem to have been quite spread out. Once Upon A Time In Hollywood is the early front runner with two. Hot favourite 1917 has been shut out so far, but it's still early in the ceremony.

There've been quite a few surprises so far, with the wins by Parasite and Jojo Rabbit, so we're looking forward to see what else this Oscars has in store for us!

AWARD: BEST ORIGINAL SCREENPLAY: Parasite – Bong Joon Ho and Han Jin Won are the first ever Asian winners for a writing Oscar, EVER!

AWARD: BEST ADAPTED SCREENPLAY: Jojo Rabbit – This is the first Oscar for Taika Waititi, and it's quite the upset. 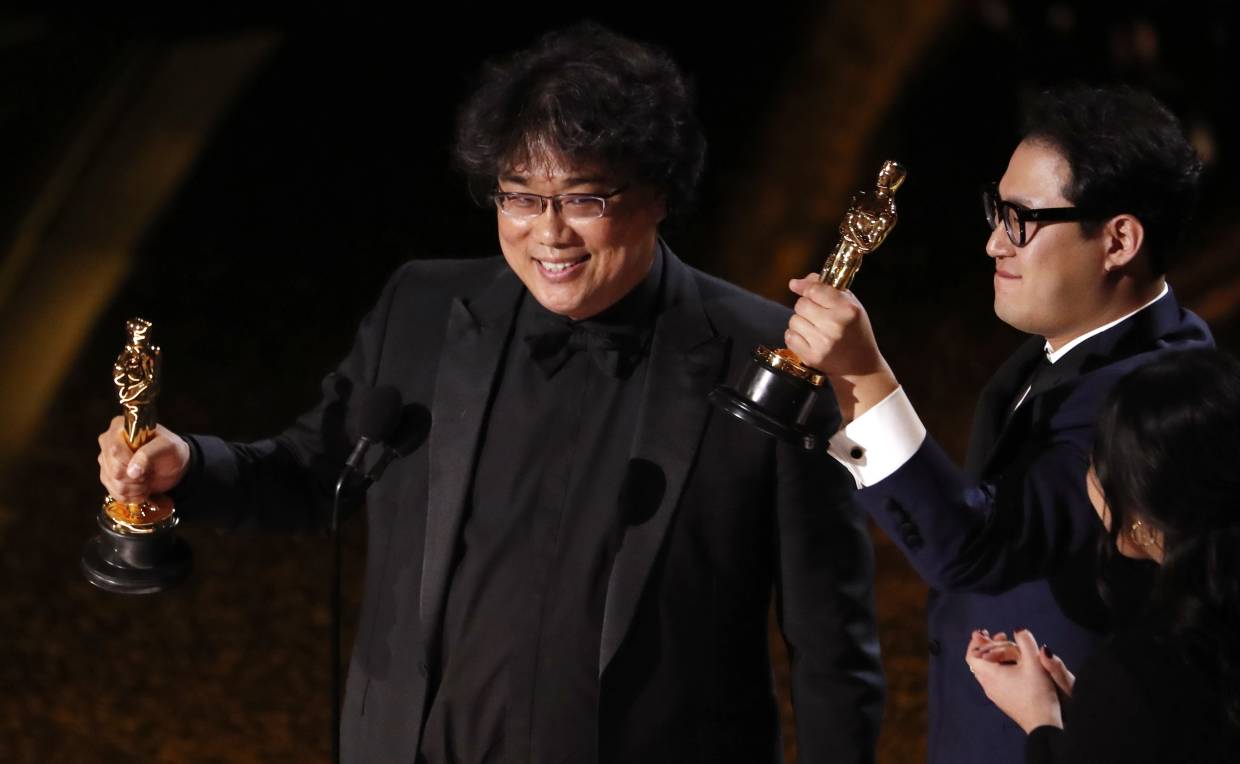 And though Frozen 2 was not nominated for the Animated Oscar, its song Into the Unknown is nominated for Best Song, and Idina Menzel is on stage to sing the song!

It wasn't just Menzel though, the singers of the song in Japanese, Polish, Thai, Castilian, German, Norwegian, Russian, Spanish, and Danish also sang along with her, which is a testament of just how big the movie has been. AWARD: BEST SUPPORTING ACTOR IN A SUPPORTING ROLE: Brad Pitt for Once A Time In Hollywood

After a hilarious opening monologue by not-hosts Steve Martin and Chris Rock, Regina King came on stage to present the first award: Best Supporting Actor. and it's a deserving win for Brad Pitt! The 92nd Academy Awards are kicking off soon! The Red Carpet show is in full flow right now, but we're all waiting for the awards ceremony to kick off at 9am, Malaysian time. We'll be updating this story live as the awards come in, but if you're looking for more current updates, do follow us on Twitter (@StarLifestyleMY), where we'll be live tweeting the entire ceremony!

The Best Picture Oscar is as close as any, with all nine films having an outside chance of bringing home the gong. Will Joker have the last laugh? Will Ford V Ferrari zoom away with the win? Will The Irishman get an offer they can't turn down? Will 1917 make its own history? Will Quentin Tarantino finally get his elusive Oscar with Once Upon A Time In Hollywood? Will Korean film Parasite beat the odds to become the first foreign film to win Best Picture? Will Little Women upset the #OscarsSoMale odds? Will divorce tale Marriage Story reconcile for the win? Will Jojo Rabbit prove to be a black horse?

For Malaysians, all eyes will be on the Documentary (Short Subject) category, where St. Louis Superman, produced by Malaysians Teng Poh Si and Cheyenne Tan, are nominated.

Here is the full list of nominees, with winners in bold as they are announced:

Stars dressed to impress at the 2020 Oscars

Who will win the Best Picture Oscar this weekend?

Where to watch the 2020 Oscars, and other exciting TV shows this month